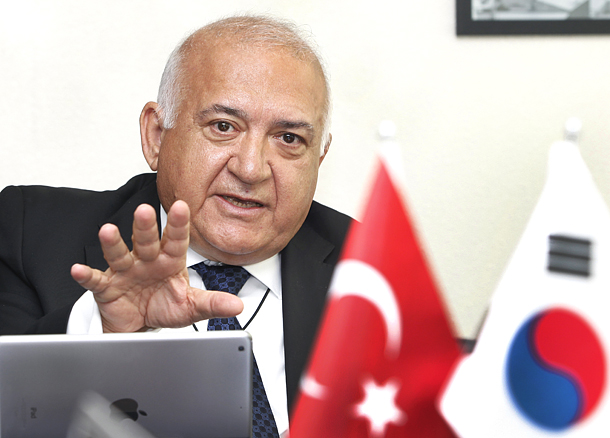 In celebrating Turkey and Korea’s 60th anniversary of diplomatic ties this year, which falls on March 8, Ambassador for Turkey Arslan Hakan Okcal briefs journalists on upcoming cultural programs and events to showcase Turkish food, music and arts at a press conference on Thursday at the Embassy of Turkey in central Seoul. The ambassador said the Korean Embassy in Ankara will also be pursuing similar programs of cultural exchanges to commemorate the anniversary. [PARK SANG-MOON]