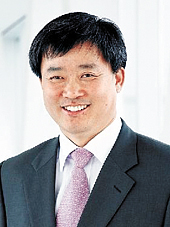 Samsung Electronics has established a quality control office that will report directly to the company’s chief executive officer, part of efforts to boost safety standards after the smartphone maker’s embarrassing flub with the fire-prone Galaxy Note7 last year.

The new unit, which the company is calling the Global Quality Innovation Office, will be led by Kim Jong-ho, currently the president of shipbuilding affiliate Samsung Heavy Industries.

He will report to Samsung Electronics’ Vice Chairman and CEO Kwon Oh-hyun, who is responsible for semiconductors and displays, as well as several other vice chairmen.

“Kim Jong-ho, a top-notch expert in manufacturing, will be spearheading quality and manufacturing innovation across Samsung Electronics’ overall businesses ranging from IT and mobile products to consumer electronics goods,” Samsung said in a statement on Thursday.

After Samsung Electronics made the unprecedented move of recalling and then discontinuing its promising Galaxy Note7 smartphone, quality control emerged as a linchpin for the company to win back consumer confidence. Studies from both the company and government found that the battery caused the device to heat up and explode.

“We should attain perfect resuscitation this year based on the expensive lesson we gained last year,” Kwon told Samsung executives in a New Year’s address.

The establishment of the quality control office came just two days after Samsung disbanded its long-running central planning office, the Future Strategy Office, and vowed to beef up respective subsidiaries’ autonomous management. On the day of the office’s dismantlement, shareholders of the battery-making affiliate Samsung SDI voted to nominate Jun Young-hyun, president of Samsung Electronics’ memory business, as the CEO of SDI.

Speculation has been growing about a major reshuffle at Samsung following the Future Strategy Office’s demise. Analysts predict the office’s roles will be dispersed to three key subsidiaries under Samsung’s umbrella: Samsung Electronics, Samsung Life Insurance and Samsung C&T.

The two recent promotions suggest human resources will be handled at Samsung Electronics, the de facto holding company of the conglomerate.

He was tapped to lead the global manufacturing team in 2007, the year Apple released the first iPhone, and climbed to a higher post at a newly established Global Manufacturing Center under the mobile business unit in 2009. From 2010 until he joined the then-ailing Samsung Heavy Industries in 2016, he served as head of the company’s Global Technology Center and supervised global manufacturing.