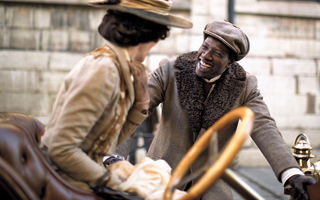 Set in the belle epoque - the period of economic and artistic prosperity in 19th century France, this film is based on a true story and portrays the dramatic adventure between an ambitious white clown Foottit and the first black clown in Paris, Chocolat. Chocolat, played by Omar Sy, unpredictably becomes a star in a circus when he performs in a comedy duo with Foottit, played by James Thierree. Despite everyone’s expectations that the duo will not make it big, they become a winning team and are scouted by the prestigious Nouveau Cirque. Their show becomes a big success, and Chocolat becomes the first black stage performer in France. However, the duo’s friendship starts to fall apart when Chocolat becomes too obsessed with women and alcohol due to his sudden fame and the easy money.

The duo was rated as one of the most sensational artistic combinations and the movie earned good reviews from French newspapers, saying that the combination of the actors were memorable.

Having starred in the popular film “Untouchable” (2011), the French actor Omar Sy is making a name for himself in French movies. James Thierree is the grandson of Charlie Chaplin, and has won the prestigious Cesar Award for Best Supporting Actor.

Starring the legendary Italian actress Monica Bellucci, “The Apartment”, is being re-released to commemorate 20 years since it hit theaters. Following the twisted love story surrounding Max, played by Vincent Cassel, and Lisa, played by Bellucci. Max spots Lisa by chance and instantly falls in love with her, only to find her gone after a few months. Max tries his best to move on, but one day gets a glimpse of her at a restaurant. Obsessed with Lisa, Max finds out where she lives and decides to hide in her flat. However, it was not Lisa, but her friend Alice, played by Romane Bohringer, who was in her apartment. Mistaken for Lisa, Max spends the night with Alice, but later finds out that Alice is dating his close friend.

The film has received positive reviews for its complex, yet symmetrical plot.

Praised as one of the most beautiful actresses in the world, this movie captures the legendary Italian at her best. 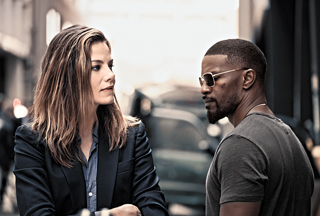 Academy Award-winner Jamie Foxx, who plays undercover Las Vegas police officer Vincent Downs, is caught in a complicated situation surrounded by corrupt cops and dangerous gangsters. Just when he thinks that he caught a drug cartel, his son is kidnapped by the boss of the cartel. He has one night to find his son, evade an internal affairs investigation and catch the son’s kidnapper.

Despite the presence of popular actors including Foxx and Michelle Monaghan, the movie has only a 14 percent rating on Rotten Tomatoes. 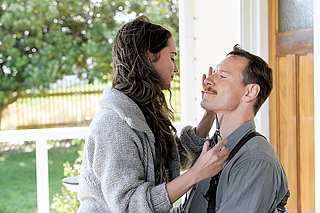 The Light between Oceans (15)

World War I hero Tom Sherbourne, played by Michael Fassbender, volunteers to be a lighthouse keeper in western Australia in search of some solitude. One day, Tom meets Isabel, played by Alicia Vikander, and they feel instant affection towards each other. Just when things could not be any happier, the couple finds a dead man and a new born baby in a wrecked boat. Isabel is delighted to see a baby as she has had two miscarriages in the past. After a few years, the couple finds out about the mother of the baby, Hannah, played by Rachel Weisz. The couple falls into a dilemma of whether they should keep the baby or return him to his mother.

The film had its world premiere at the 73rd Venice International Film Festival.

This animation is a stop-motion animated film, a technique used to physically manipulate objects so it looks like the object is moving voluntarily. Courgette is a little boy who is headed for the orphanage when he has parted with his mom. Although many kids are suffering from depression or trauma, he makes new friends and feels relieved to be with them. One day, he meets a new girl, Camille, who he instantly falls in love with. Raymond, a police officer, also becomes a good friend with Courgette and Camille, and later decides to adopt them both.

This animation has been nominated for the Best Animated Feature Film at the 89th Academy Awards. Also, the film was rated 100 percent on Rotten Tomatoes. 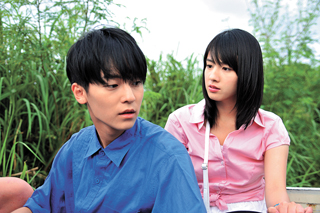 Trumpet of the Cliff (All)

Nanami Sakuraba plays the character Aoi, who goes through a heart operation and flies to Okinawa to recover. When she is walking on the beach, she suddenly hears the sound of trumpet. The trumpet is played by Zio, played by L. Joe. Zio is also going through a hard time, and thinks that the trumpet is all that he has left of his family. They start to get close and eventually fall in love, and they find the meaning of life through each other.

Starring L. Joe, a member of the Korean boy group Teentop, this movie is produced by a Korean director Han Sang-hee. It is L. Joe’s first movie and debut in Japan.

The film has officially been invited to the 8th Okinawa International Movie Festival.

Rachel, played by Emily Blunt, is fighting through alcohol addiction after her divorce from her husband Tom, played by Justin Theroux. She has developed a new habit, to sit at the same seat on the train at the same hours, looking out the window. Her daily routine includes observing Megan and her husband, who seem to be the most perfect couple.

When Megan suddenly disappears, and goes missing, her husband Scott is the prime suspect. However, Tom’s new wife Anna, played by Rebecca Ferguson, points out Rachel as the prime suspect of the crime. The day when Megan went missing was the day when Rachel returned home in a bloody state. Left with a fractured memory, Rachel needs to piece the memories back together to remember the truth of the incident. 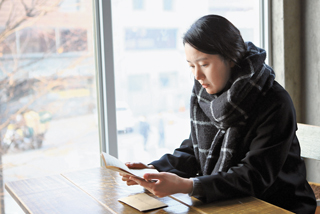 In-young, played by Yun Jin-seo, is an average housewife who likes to casually sit at her local cafe and watch people walk by. One day, she notices Hee-soo, a carpenter, played by Oh Ji-ho. They start to get close, become coffee mates and tell each other secrets to escape from the boredom of everyday life for a while. In-young shares personal secrets with him, even secrets she would not share with her husband. Her feelings toward Hee-soo grow and she attaches a special affection to him. Unlike other romance movies dealing with secret love affairs, this movie does not portray the couple’s desire for physical wants, but rather focuses on the emotional communication with each other. The movie has been nominated at the Busan International Film Festival in 2016.

Yun Jin-seo has been in the spotlight since her appearance in the famous movie “Old Boy” (2003). She has been known for her distinctive character and has appeared in many of Seo Tai-ji’s music videos.