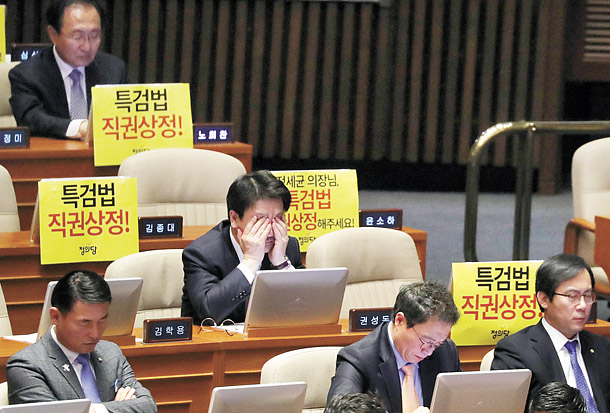 Rep. Kweon Seong-dong of the Bareun Party, chairman of the Legislation and Judiciary Committee of the National Assembly, covers his face with his hands on Thursday as lawmakers of other opposition parties urge him to put to a vote a bill to extend an independent prosecutor’s investigation of President Park Geun-hye and her friend Choi Soon-sil. Kweon refused to send the bill to a vote, citing lack of agreement between the ruling and opposition parties. [YONHAP]