After 20 years, looking for more : Jang Hyuk looks back at the roles that have defined his long career

After 20 years, looking for more : Jang Hyuk looks back at the roles that have defined his long career 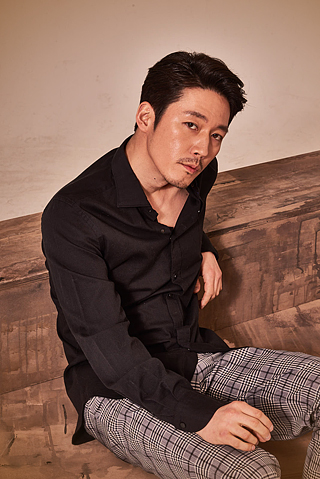 The OCN series “Voice,” which is nearing its end, features actor Jang Huyk playing a detective with a rough yet down-to-earth personality. The 40-year-old, however, plays a completely different character in the upcoming drama “Ordinary Person” (working title), slated to hit the silver screen on March 23rd. Set in the late ‘80s, and co-starring Son Hyun-joo, the actor plays the cold-hearted head of the Agency for National Security Planning, who believes that sacrificing the minority for the sake of the majority is necessary to develop the country.

Though Jang Hyuk has been acting over the last two decades since his 1997 debut, he says there are “still so many roles” that he wants to try. Below are the edited excerpts from his interview with Magazine M, an affiliate of the Korea JoongAng Daily.

Q. How did it feel playing a villain?

A. It is my third time playing a villain after “The Client” (2011) and “Empire of Lust” (2015). Playing an evil character is fun. While the main character needs to play the role within a given frame that leads the story, the antagonist can reveal himself in much more diverse methods.

Your character Gyu-nam wears a very cold-hearted facial expression. What was it like portraying him?

Holding on to the belief that minority can be sacrificed for the majority, the character secretly controls things behind the scenes. Though such scenes are not directly depicted in the movie, I believe the implication will leave bigger impact on the audience. I mulled over how to act him naturally by focusing on minute details like small movements and facial expressions.

How did Gyu-nam become such person?

In the film, Gyu-nam was a promising young prosecutor. At first, he would have had a goal to improve society, but these thoughts would have gradually changed after he tasted the power of authority. The character does not pursue his personal interests though. He just believes his actions could lead to enhancing society. The problem is that he does not communicate with those in the lower portion of the pyramid of authorities.

How was acting with Son Hyun-joo?

One of the reasons I decided to star in this film was because I could work with him. He makes me want to age just like him, both as an actor and as a person. He usually tells me a lot of good things about what he felt and learned throughout his life.

You have been acting for the last 20 years. How does it feel?

When I was younger, I never thought of becoming an actor. I used to want to become an athlete, but I began acting after following my friend to the Department of Theater and Film at Seoul Institute of the Arts. When I just debuted as an actor, an older actor yelled at me for my poor acting abilities. I understood the message through my head but couldn’t accept it in my heart. ‘I had been playing sports, not acting. But why do I need to get yelled at for this?’ This thought dominated my mind. But I gradually learned to accept myself as an actor. Depending on which character you play or which director you meet, you can have a new experience. So even now, acting still feels refreshing every time [I take on a new project].

You often play brave and righteous characters who find their way while overcoming challenges. Why is that?

I have hardly played an ordinary character. Usually I played a wanderer who returned home after years of wondering around. But for an actor, you can’t go home everyday once shooting begins. So maybe I became attracted to such roles because of my aspiration towards family and enjoying daily routines. Or maybe I’m attracted to such characters because I like playing someone different. Someone who cries when others laugh and someone who laughs when the rest shed tears.

Working in the same field for longer than 10 years does not mean you are repeating the same thing over and over again. Different experiences play out within it, and that includes acting. I believe there are still something more that I should pursue. This is not because I’m special. Doesn’t everybody live with such thought?