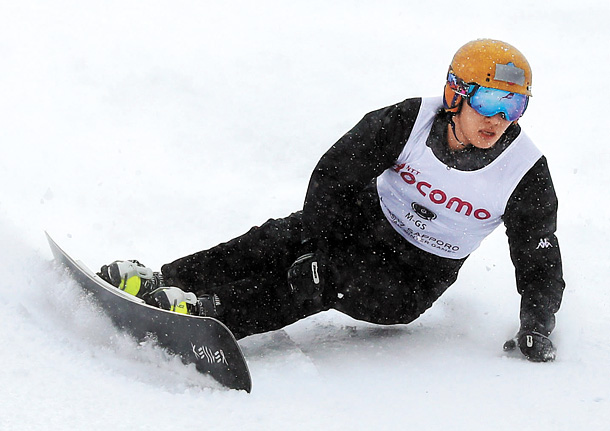 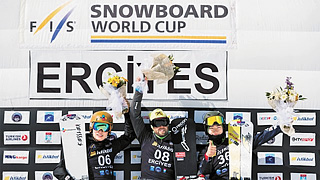 This is the best ever result by a Korean at the FIS World Cup. Previously, Lee had a fourth place finish at the FIS Snowboard World Cup in Italy in December 2016, while mogul skier Choi Jae-woo also finished No. 4 at the FIS Freestyle Ski World Cup in 2015.

I wasn’t in top form, but I’m happy that I’ve achieved what I wanted,” Lee said through the Korea Ski Association. “I will recover and try to win gold at the World Championships.”

Choi was knocked out by Lee in the semis by 2.12 seconds, while Kim was edged out by Prommegger by 0.21. For the race for third place, Choi beat Kim by 0.27 and earned bronze.

Lee is currently ranked No. 5 in both PGS and parallel World Cup standings, the highest positions among Asians.

At the previous World Cup in Pyeongchang, the Korean host of the 2018 Winter Olympics, the 21-year-old was eliminated in the qualification round. The snowboarder, however, emerged victorious at the Asian Winter Games in Sapporo, Japan, two weeks ago by winning two gold medals.

The Korean national alpine snowboard team will next travel to Sierra Nevada, Spain, to compete at the World Championships.

“My goal was to see our athletes standing on the podium, but today we saw two of them winning medals at the same competition,” said head coach Lee Sang-hun. “It looks like our plans for the 2018 PyeongChang Olympics are going well.”