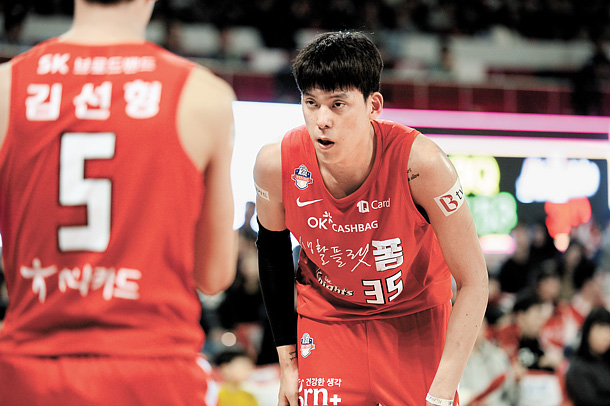 Choi Joon-young has not made an appearance in any of the Knights’ games since Wednesday due to a knee injury. Choi is one of the “Big 3” rookies in the league, as he is the leading contender for the rookie of the year award.

In the beginning of the season, Choi left a strong impression on fans as he made appearances in every game. But in December, during a game against the Anyang KGC, Choi injured his knee and had to take two weeks off from playing.

Choi did return to the court in late December, but upon completion of the game against the Phoebis on Wednesday, he is taking time off as he felt pain in his ankle and his knee.

This season, Choi has played in 39 games averaging 8.6 points with 7.5 rebounds and 2.6 assists per game. Although Choi took some time off from playing, he still leads against Kang Sang-jae of the Incheon ET Land Elephants, who has been averaging 8.24 points with 4.7 rebounds and one assist per game.