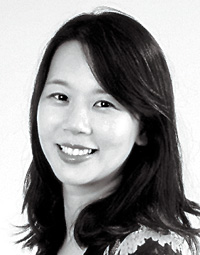 CJ Group on Monday completed its annual executive-level reshuffle, the first since the conglomerate’s chairman, Lee Jay-hyun, was pardoned in August after serving two and a half years in a four-year prison sentence for various business malpractices.

Seventy executives were promoted, including 38 who newly joined the senior executive list. This is one of the largest personnel reshuffles at the company in the last few years.

CJ has been slow in personnel reshuffling after prosecutors launched a major investigation into CJ Group and its chairman in 2013 on charges of tax evasion, embezzlement and corporate malpractice. His confinement hindered the company from making major management decisions. Only 20 senior executives were appointed in 2014, 13 in 2015 and 33 in 2016.

The most notable figure on the roster this year is Chairman Lee’s 32-year-old daughter, Lee Kyeong-hoo, who was appointed executive director. She is the first third-generation member of CJ Group’s founding family to join the conglomerate’s core personnel.

Lee Kyeong-hoo entered CJ Corporation’s strategy team in 2011 after graduating from Columbia University with a master’s degree in organizational psychology. Since then, she has worked at CJ O Shopping and CJ’s regional office in the United States.

In terms of organizational reshuffling, the company reduced the number of employees working at the holding company by 20 percent and relocated them to businesses in the field, under the judgement that the group has escaped its worst-case scenario with Chairman Lee returning to his work by the first half this year.

Lee, meanwhile, continues to battle chronic Charcot-Marie-Tooth disease. Last weekend, he left for the United States to undergo treatment. His initial plan was to do it after his release in August, but it was delayed due to visa problems and investigations of CJ in the Choi Soon-sil scandal.