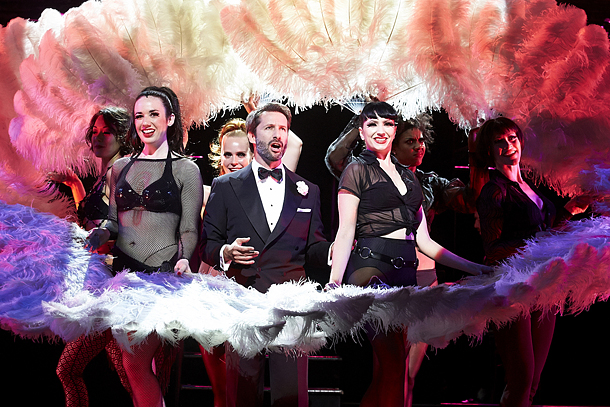 A touring production of the popular musical “Chicago” is coming back to Korea, following avid responses from Korean theatergoers when the show was last held two years ago. See THEATER, below. [SEENSEE COMPANY]

March 10-11: Popular romantic ballet “Giselle” will be performed by the Universal Ballet at the Gangdong Arts Center. “Giselle” premiered in 1985 and began touring the world in 2011, holding sell-out performances. It is now considered one of the company’s representative pieces.

The ballet follows Giselle, a young girl who dies of a broken heart after learning that her lover is involved with someone else. The performance starts at 8 p.m. on Friday, and 3 p.m. on Saturday. 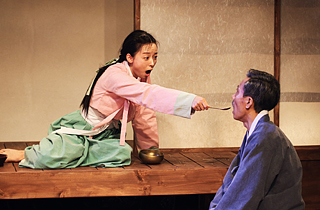 To March 19: While the original Shimchung story focuses on the filial piety of Shimchung, this play is a reinterpretation of the original, and puts more emphasis on the meaning of death. The play follows the lives of Seonju and Gannan, two girls who are about to be sacrificed. The two girls approach their impending fate together, and try to figure out the meaning of death with each other.

April 4 to June 25: Broadway’s touring production of the popular musical “Dreamgirls” will be visiting Korea in April.

Featuring favorite songs such as “Listen,” “One Night Only,” and “And I Am Telling You I’m Not Going,” Korean fans will be able to experience these hits and more sung by the new cast.

April 5-9: Based from the famous Spanish novel written by Miguel de Cervantes, this ballet performance by the Universal Ballet performers show off their flamboyant and dazzling moves. The performance consists of authentic Spanish dances and also provides exotic experiences for the audience.

March 8: Pianist of the legendary Miles Davis Band, and member of illustrious fusion jazz group Return to Forever, Chick Corea returns to Korea with the entirety of the Elektric Band.

For half a century and even at the age of 75, Chick Corea has not shown signs of slowing down, with 63 nominations and 22 Grammy Awards speaking volumes in itself.

March 11: Korean rapper Beenzino’s last concert, according to his personal Instagram, is happening on March 11. He is praised as a talented rapper and earned his reputation through many hit records such as “Aquaman” and “Boogie On & On”.

April 7: Praised as one of the most delicate conductors in authentic Italian Operas, Italian conductor Riccardo Muti is conducting songs written by Verdi with the Gyeonggi Philharmonic Orchestra and Vittoria Yeo, who was called the “Cinderella of Opera” by Muti. This concert is the first concert in which all of the songs are from Verdi. The program consists of songs from the Shakespearean play “Macbeth.”

Rock fans are looking forward to the concert as it is rare for the five members to get together because of their busy schedules. 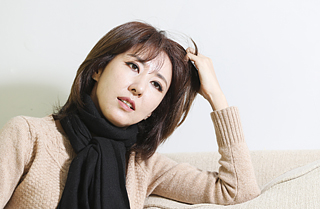 April 20: The man who has often been credited with the modern popularization of piano music, the French pianist Richard Clayderman is having a recital in Korea. His most popular hits are “Ballad Pour Adeline”, “Les Flours Sauvages”, and “A Comme Amour.” For the first time, ten string players from an orchestra are expected to play alongside the pianist.

April 28-29: The stars of the popular JTBC program “Phantom Singer,” including the three groups that made it to the final round, are holding a concert for fans. The show has made the genre of classical crossover quartets popular in Korea and has brought a renewed interest in the world of classical music. The groups will perform songs that have hit the top spots on the music charts in Korea.

This year’s line up includes Norah Jones and Corinne Bailey Rae, among other female artists. Norah Jones’ visit to Seoul in 2012 sold out and her song “Don’t Know Why” is a favorite among Korean fans. She is expected to play her songs in her new album and her hit songs as well.