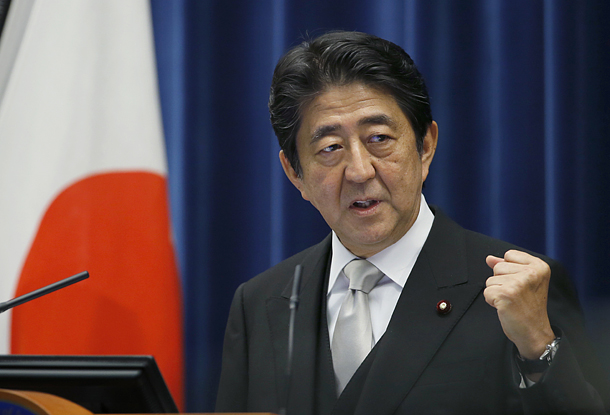 The Yamaguchi Prefecture Specialties Fair was held at the Liberal Democratic Party headquarters in Tokyo on Feb. 16. Prime Minister Shinzo Abe, who is the president of the party, was selling the products from his district. Other party leaders praised Yamaguchi Prefecture. Party Secretary General Toshihiro Nikai said, “Today, Yamaguchi is the center of Japan.”

As of March 6, Abe is the sixth longest-serving prime minister in Japan. The LDP has extended the term of the party president from the current six years in two terms to nine years in three terms in the party convention. If Abe wins next year’s party election, he can break the record in 2019.

Currently, the approval rating for the cabinet is around 60 percent. The LDP has a majority in both houses. There seems to be no rising star to succeed Abe within the party, and opposition parties are not very strong.

In the era of social media and divided public opinions, it is a mystery how Abe’s government remains so solid. It is hard to find such a dominant leader. He has shown that a prime minister in a parliamentary system could be more powerful than a president. It is no coincidence that U.S. President Donald Trump warmly welcomed him and asked him about the tendencies of foreign leaders.

Abe’s centralized power is inseparable from Japan’s political system. After the small electoral district system was established in 1994, party executives have the nomination power, and factions no longer share party nominations. Among 414 LDP lawmakers, 40 percent are serving their first term under Abe’s party presidency.

After the LDP convention, Secretary General Nikai said, “To speak for my true heart, I think the successor of Abe would be Abe.” It is highly likely for now. But there are many variables on the way to Abe’s becoming the longest-serving prime minister in Japan — such as the House of Representatives election, economic policies with little effects, and fatigue over prolonged one-man leadership.

Also, an absolute power often fails to notice what goes around him. A kindergarten affiliated with a school foundation instructed the students to shout, “Cheer Up, Prime Minister Abe!” The chairman of the school foundation board is a member of far-right organization Nippon Kaigi, or Japan Conference, the biggest support group of Abe. Abe’s enemy may be Abe himself.