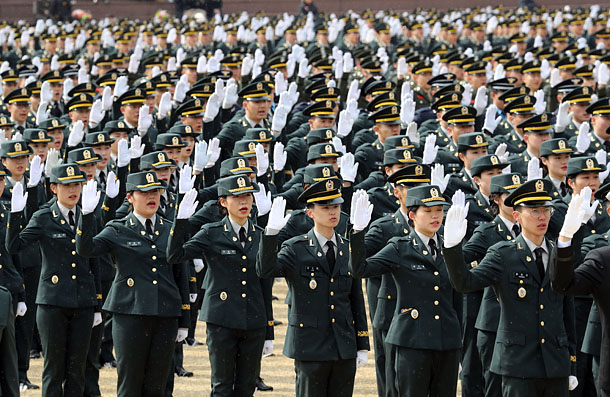 At the beginning of the year, the Ministry of Strategy and Finance presented a report to Prime Minister Hwang Kyo-ahn, who is acting president, that included the risk factors that may shake the Korean economy and response plans. Back then, concerns were growing over the trade protectionism stance of the soon-to-be-inaugurated Trump administration in the United States. But in the report, the biggest “concern” that the ministry officials mentioned was China, not America.

The China risk came first due to its uncertainty. While we could predict where the U.S. was headed, China is simply a mystery. And the impact on the Korean economy is more direct. The international finance team was especially worried that the interest rate increase in the United States and the intensified trade dispute between Washington and Beijing would affect Korea’s financial market and exchange rate considerably.

China’s meaning in the Korean economy has changed so much, even without the discord over the Terminal High Altitude Area Defense (Thaad) system. In the past 10 years, we’ve always used “high demand” to describe the Chinese economy. Its massive market and undying growth engine have filled the gap left by the U.S. since the global financial crisis. But now, “risk” and “effect” are more often associated with China.

One of the factors that fan uncertainty is the rough and immature attitude of the Chinese authority exposed in the course of economic retaliation. Experts say that it is up to the Chinese authorities’ management ability to make a soft landing in the medium-growth era.

Yet, more people are expressing skepticism, especially Korean economic officials. In the past, they have experience of operating a “state-run economy” under authoritarian political systems similar to China. While the government control may be strong at first, it is bound to lose its tight grip over time, and the signs are already showing. A high-level finance official said, “China’s unorganized response over the stock market crash and attempts to secure the foreign currency reserve limit are reminiscent of the trial and error that Korea went through in the past.”

Nevertheless, one thing is clear on Korea’s part. We cannot expect the sweet fruits of China’s overwhelming demands. “Only when the tide goes out do you discover who’s been swimming naked,” said Warren Buffett. Korea’s vulnerable spots, excessive dependency on trade and delayed restructuring, have been exposed.