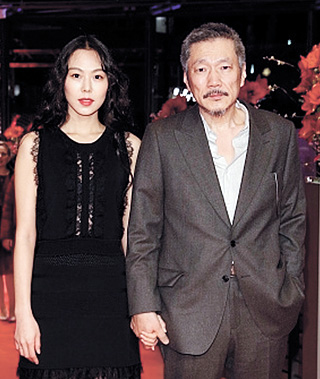 Film director Hong Sang-soo, currently involved in a widely-covered affair with actress Kim Min-hee, will face domestic journalists for the first time since the outbreak of the relationship scandal.

The two have worked together on the upcoming film “On the Beach at Night Alone.” The plot of the film, an actress who has an affair with a movie director, is seen as being too similar to real life events.

Movement, a PR agency handling domestic promotions of the film, said, “Hong and Kim will take part in the press conference held after the movie’s press screening.”

Kim won a Silver Bear for Best Actress in the 67th Berlin International Film Festival for her performance in the film, and it was nominated for the Golden Bear, which is awarded to the best film at the film festival.

“On the Beach at Night Alone” hits theaters on March 23.