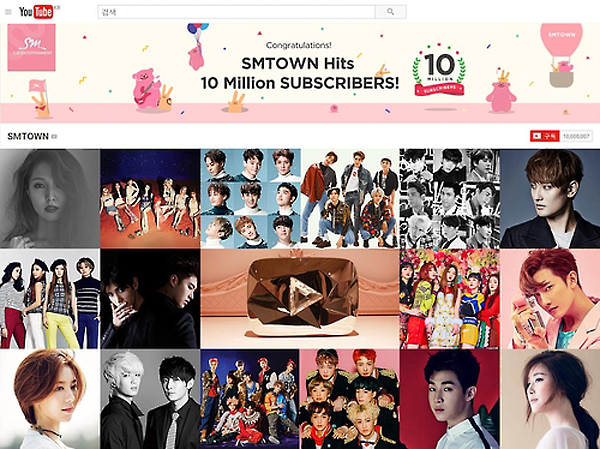 YouTube said it has awarded the channel the “Diamond Play Button” for the achievement. YouTube Play Buttons have four levels - silver for channels with 100,000 subscribers, gold for 1 million, diamond for 10 million and ruby for 50 million.’

SMTOWN, which provides the latest videos and interviews with SM K-Pop artists like Super Junior, Girls’ Generation, SHINee, f(x) and EXO, is called the center of K-Pop, with about 90 percent of its subscribers being foreigners.Yonhap