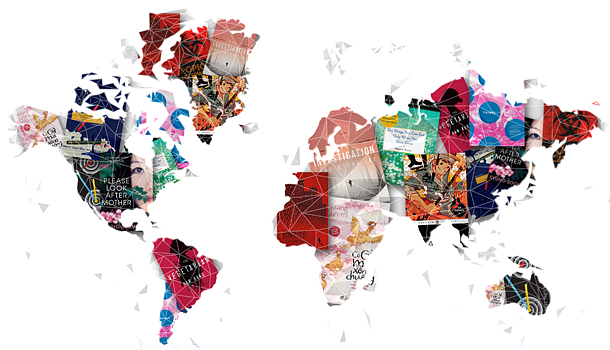 More Korean books are being translated into foreign languages and recognized with honors and spots on best sellers’ charts. They include Pyun Hye-young’s “Ashes and Red” and Haemin Sunim’s “The Things You Can See Only When You Slow Down,” which are gaining traction in Poland and the U.K., respectively.

And that craving has never really been satisfied.

For years, Koreans have hoped one of their writers would win the Nobel Literature Prize, with poet Ko Un being mentioned as a possible nominee every year since 2002.

Although some criticize this as being too “prize-hungry,” it is true that few Korean literary works have received a renowned literary prize abroad. In 2012, Shin Kyung-sook’s “Please Look After Mom” (2009) won the Man Asian Literary Prize. Last year, Han Kang’s “The Vegetarian” won the Man Booker International Prize. The Man Booker International Prize in particular is one of the most prestigious literary honors along with the Nobel Literature Prize and Prix Goncourt.

And it seems since “The Vegetarian” won the prize, translation of Korean literary works into other languages and the sale of their publication rights overseas are more active than before. Observers are hoping that this could breathe new air into the industry that has been going through a long dark tunnel, plagued with sexual abuse allegations and plagiarism scandals last year and in 2015.

For starters, Pyun Hye-young’s “Ashes and Red” has been chosen as the Best Book of 2016 by Polish literary news site Granice.pl. The selection is made through a poll conducted of readers and the shortlist gets reviewed by a panel of experts.

The Literature Translation Institute of Korea said on Feb. 4 that Granice.pl described “Ashes and Red” as “reminiscent of Camus and Kafka in portraying the absurdity of life,” referring to Albert Camus (1913-60), a French author, and Franz Kafka (1883-1924), a German-language writer.

“Ashes and Red” was published in Poland in October and its publication rights have been sold to countries like the U.S., France, China and Vietnam. Critics have said that Pyun’s writing style is simple yet certain, without too much embellishment or adjectives, which makes it relatively easier to translate.

Self-help from a Buddhist monk

“The Things You Can See Only When You Slow Down” by Haemin Sunim is also gaining traction. It seized the top spot on Amazon U.K.’s Best Sellers in the religion and spirituality category, on Feb. 26, four days after the book’s English-edition was released in the United Kingdom.

The book hit shelves in the United States on Feb. 7 and it sold more than 30,000 copies in two weeks.

Daniel Crewe, publisher at Penguin Life, which released the book’s English-version, said that the company initially printed 20,000 copies for the U.K. market but is preparing to release more copies as readers’ interest is higher than expected.

“The Things You Can See Only When You Slow Down” was first released in Korea in 2012, selling more than 3 million copies. Its publication rights have been sold to 26 countries that include non-English speaking nations like Germany, Italy, Spain, Russia and Mexico.

A spokesman with Suo Books, which published the book in Korea, said “Hyemin Sunim, who taught in U.S. colleges for seven years, engaged in translation for two years making sure the cultural differences between Korea and other countries [don’t hinder readers’ understanding].” Hyemin Sunim worked with translator Kim Chi-young, who worked on the English-language version of Shin Kyung-sook’s “Please Look After Mom.”

Jeong Yu-jeong’s “The Origin of Species” has also been sold to five publishers abroad, including French publisher Philippe Picquier; Feltrinelli in Italy; Britain’s Little Brown; and Penguin Books in the U.S.

Penguin Books in the U.S., which released the Korean classic “The Story of Hong Gildong,” also plans to release another Korean classic, “The Dream of the Nine Clouds (Kuunmong),” which is a 17th-century novel written by Kim Man-jung (1637-92), a Confucian scholar of Korea’s Joseon Dynasty (1392-1910).

Meanwhile, Lee Jung-myung, who wrote historical fiction pieces like “The Painter of Wind” and “The Deep-rooted Tree,” is getting noticed in Italy.

According to sources within the literary industry, “The Investigator” - his 2012 novel based on Korea’s beloved poet Yun Dong-ju (1917-45) and set in 1944, a year before his untimely death - is nominated for Premio Bancarella, an Italian literary prize established in 1953.

The first Premio Bancarella was awarded to Ernest Hemingway for his famous novel “The Old Man and the Sea.” This marks the first time that a Korean writer is nominated for the award.

Joseph Lee, president of Korean Literary Management, a company in charge of publication sales of several Korean books, said that it’s evident that foreign publishers’ interest in Korean works are higher than before but added that state support is needed for decent translation and Korean publishers’ participation in international book fairs.