‘Infinite Challenge’ returning from its hiatus

‘Infinite Challenge’ returning from its hiatus 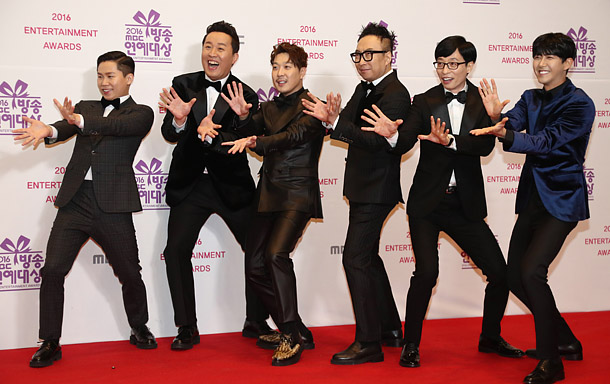 Korea’s favorite variety show “Infinite Challenge,” has finished its seven-week hiatus and is returning on Saturday.

“Infinite Challenge,” which launched in 2005, is one of the most loved television programs and has cemented itself as “the nation’s variety show” for its success over the years.

It had humble beginnings, but since November 2006, it has become the most watched free-to-air television program on Saturday evenings, bar three months in 2009 and 2010.

The show has been a mainstay for more than a decade, but there was talk of the show’s need to take a break, or broadcast the show in seasons, rather than airing every week. Kim Tae-ho, the show’s program director, even said, “For ‘Infinite Challenge’ to change, it would be much better if it is aired in seasons.”

With one of the six members, Kwang-hee, joining the military today, the cast decided to take time off to reorganize and prepare for the exclusion of one member.

During the scheduled show time, the show aired compilations of famous scenes from past shows titled “Legend,” alleviating loyal viewers’ thirst during the hiatus.