U.S. must respect its ally

U.S. must respect its ally 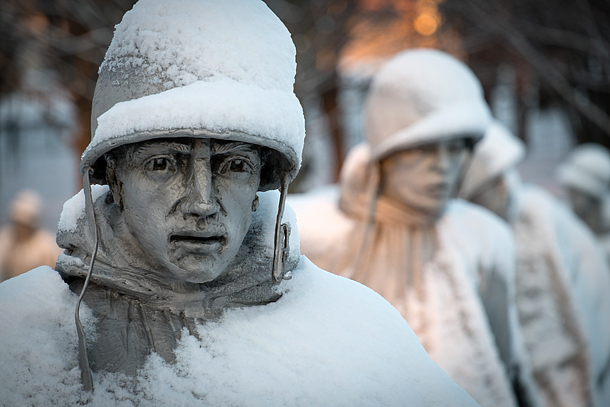 More than 100 Korean War veterans gathered at the Korean War Veterans Memorial in Washington, D.C. on March 4 despite the cold.

Korean Ambassador to the United States Ahn Ho-young asked if they know what Vice President Mike Pence, National Security Adviser Herbert McMaster and Chairman of the Joint Chiefs of Staff Joseph Dunford had in common. One shouted, “The Korean War!”

Interestingly, key staff in the Trump administration are sons of Korean War veterans. Edward Pence, father of Vice President Pence, fought in the Korean War and was awarded a Bronze Star. McMaster joined the military as he was influenced by his father, a Korean War and Vietnam War veteran. Dunford cherishes his father’s photos from the Korean War. When a high-level foreign official in Washington visited Dunford’s residence a few years ago, he showed his father’s photos saying he had fought in the Nakdong River battle, Operation Chromite (a.k.a. the Battle of Incheon) and the Chosin Reservoir Campaign.

The experiences of the fathers and all the veterans materialized in the Korea-U.S. alliance. After the Korean War, Korea became America’s ally and has been a steadfast friend since.

Now, the Trump administration is asking the ally to pay its fair share and respect the United States. But Korea has been and still is doing that. The Roh Moo-hyun administration — which launched after the Yangju highway incident in which two Korean schoolgirls were killed by U.S. tanks on a drill — dispatched the third largest troops in the world to the Iraq War, even when the government lost many supporters.

The Park Geun-hye administration has started the deployment of the U.S. Terminal High Altitude Area Defense (Thaad) antimissile system even in the absence of a chief executive. As a result, it is suffering economic retaliation from China, its largest trade partner. The damage is serious for Korea while it may seem like “peanuts” to the United States. Nevertheless, Korea agreed on the deployment not only because it is important for Korea’s security but also because Uncle Sam wanted it. So, the U.S. also must show some respect for its ally.

If Washington is bent on calculating its security cost and trade deficit even when Seoul is enduring aggravating relations with Beijing, that’s treating Korea as a business partner, not an ally.

The March 4 event was to donate $205,000 raised by the National Unification Advisory Council members for the construction of the Wall of Remembrance for Korean War veterans. It may not be a huge sum, but it is a collection of respect for the Korea-U.S. alliance and the fathers of the Americans who fought in the Korean War.