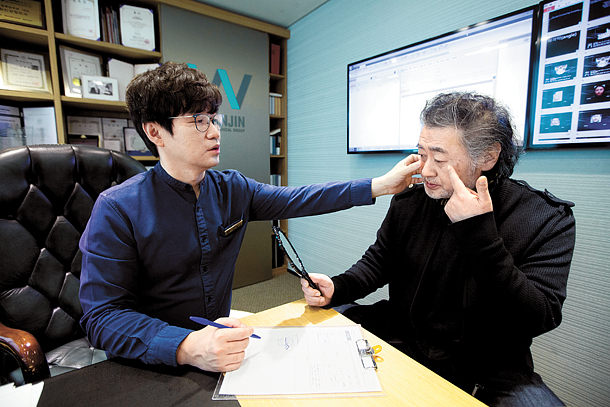 “You know I dislike being treated as an old person because of wrinkles. There’s much that I want to do, there are many people that I want to meet,” says Kim Jung-ryeol, 61, at a cafe in Ilsan, Gyeonggi, though there were no obvious wrinkles on his face.

The “new silver,” a cohort between the ages of 60 and 74, lead active lifestyles due to interest in their work and health.

Kim appeared on refrigerator and food product commercials as an advertisement model. In February of last year, he underwent laser surgery and a Botox procedure for his forehead. He also received consultations for lower-eyelid surgery at a cosmetic surgery clinic in Gangnam District. Since the effects of Botox and laser surgery do not persist, Kim is even considering a procedure to remove his wrinkles altogether.

“After I underwent wrinkle removal, my friends asked, ‘Where did your wrinkles go,’ and after hearing this, I felt more confident,” he says. “This year, I plan to try for a barista qualification certificate and even learn the art of baking.” 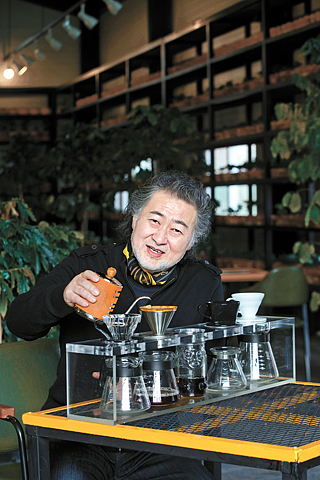 Advertisement model Kim Jung-ryeol hated being treated as an old man, so he underwent wrinkle removal procedures and Botox last year. “You look younger,” is the praise he was showered with by people around him. This is Kim at a cafe in Ilsan, Gyeonggi. [KIM SEONG-RYONG]

More people like Kim are considering cosmetic surgery, whereas in the past many people found it distasteful or even indecent for older people to do so.

The JoongAng Ilbo requested data from three popular Gangnam District cosmetic surgery clinics, Wonjin Beauty Medical Group, Banobagi Plastic Surgery and ID Hospital, with regard to senior adults. Of the three, one location experienced a 21 percent surge in “silver” cosmetic surgery seekers, from 620 in 2011 to 750 this year. There was also a twofold increase within the last five years at another location. A third experienced a 16 percent rise among men and 58 percent among women.

At the three clinics, the proportion of patients above the age of 60 also grew, rising from 1.9 percent of all patients in 2011 to 3.8 percent.

There are a variety of reasons why so-called “silver cosmetic surgery” is increasing. Economically, active people in their 60s and 70s like Kim want to avoid the appearance of aging in the era of blossoming centenarians. Particularly, those who meet regularly with people for their jobs are enthusiastic about having surgery.

“Because of my thick wrinkles,” a 60-year-old restaurant manager surnamed Chung says, “it was burdensome to deal with my customers, but after a facelift, I started working earnestly.”

“Even when one is past 60,” says Park Sang-hoon, the medical specialist at ID Hospital, “when passion is overflowing, they opt for surgery because they dislike being thought of as old.”

But there are those who consider plastic surgery out of necessity. Han Geum-ja, 70, is a representative case.

“I played table tennis every day,” she says, “but since my eyelids drooped, I couldn’t see well and it was uncomfortable. The bottom of my eye was also swollen, so I looked quite ugly.” Han paid 2.8 million won ($2,480) for upper and lower-eyelid surgery.

However, with the increase of “silver” cosmetic surgery, a number of problems are cropping up. The number of people reporting dissatisfaction with their procedures went from 2.3 percent in 2011 to 11.6 percent last year. After receiving upper-eyelid surgery, one 60-year-old surnamed Park was unable to shut their eyes.

“The doctor attempted surgery six times,” Park says, “but the side-effect wasn’t improved upon and I had to receive surgery again at a different place.”

After receiving a dubious facelift, one 68-year-old surnamed Ahn experienced paralysis of the face and had to receive drug treatment at a psychiatric clinic for depression and a panic disorder.

“The consumers of silver cosmetic surgery are not accustomed to the internet,” says Chung Mi-yeong, a staff member at the Department of Consumer Injury Information at the Korea Consumer Agency, “and many people simply glance at the advertisements before making a decision. One must make sure to always confirm the doctor’s work experience and professional specialty.”

The Korea Consumer Agency warns of clinics’ dubious advertisements, which claim infallible success rates and offer refunds in cases of failure. Potential consumers should remember to request a copy of the consent form, and if one experiences complications after surgery, he or she should immediately seek a medical professional.

“Instead of forcefully trying to become beautiful through many surgeries,” says Park Won-jin of Wonjin Beauty, “interested people should think of the surgeries as a way of rejuvenating oneself.”

Experts advise people to discuss the risks of surgery with their doctors in advance, especially if they have high blood pressure, diabetes or risks of cancer.