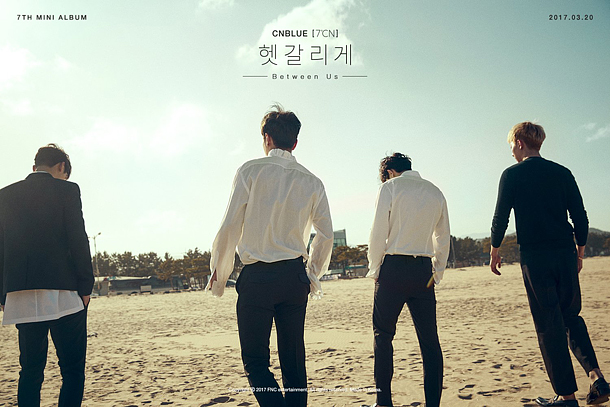 Rock band CNBlue released a poster on Monday for its upcoming mini-album “7ºCN.”

The image includes the track name “Between Us” from what will be the band’s seventh mini-album. The pop-rock song details the confusing emotions that befall a young couple before they pursue a relationship, the band’s agency, FNC Entertainment said.

The band has also put out a teaser video, as fans count down to the album’s release date of March 20.

Formed in 2009, CNBlue is one of the few rock bands performing well in music charts that are often dominated by boy and girl groups. While hip-hop and indie music are gaining traction in Korea’s music scene, rock hasn’t been able to enjoy as much success. There is much anticipation surrounding how well CNBlue’s next album will do on charts.