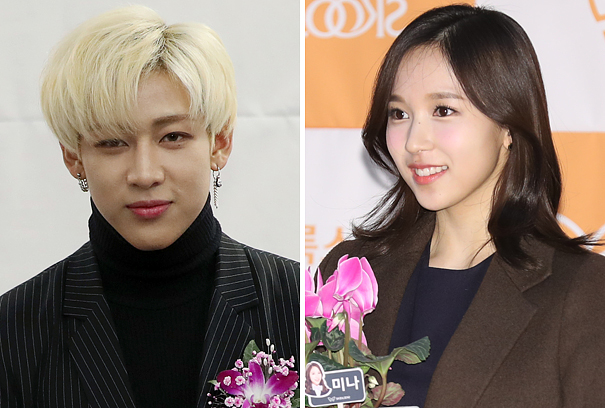 Music agency JYP Entertainment on Monday denied rumors that two of its artists were dating after a photo of Mina from girl group Twice and BamBam from boy band Got7 were leaked online.

In the photo, the two artists are pictured together looking into the camera. While the image showed nothing striking, dedicated fans of both idol groups began chattering about whether the photo was real or fake.

The agency was quick to shut down the rumors, saying, “The photo was taken without reserve between the two. They are both colleagues under the same management agency. Further acts of defamation will be strictly dealt with.”

Korean entertainment agencies have a strict rule against their artists dating, at least for the early portion of their career. JYP has banned members of Twice from dating for three years, and a member of Got7, Jackson, once said on an episode of the JTBC variety show “Dating Alone” that, “JYP Entertainment’s ban against relationships is quite strict.”