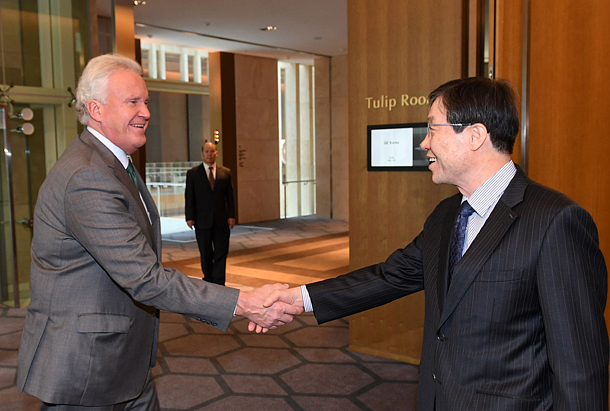 Posco Chairman Kwon Oh-joon, right, shakes hands with General Electric CEO Jeffrey Immelt at the Grand InterContinental Seoul Parnas in southern Seoul on Monday. The meeting with Immelt was one of Kwon’s first moves since being re-elected to a second term as chairman on Friday. He sought to gain insight from GE’s industrial digitization efforts. After the meeting, Kwon left for Jakarta, Indonesia, for an economic forum. [YONHAP]