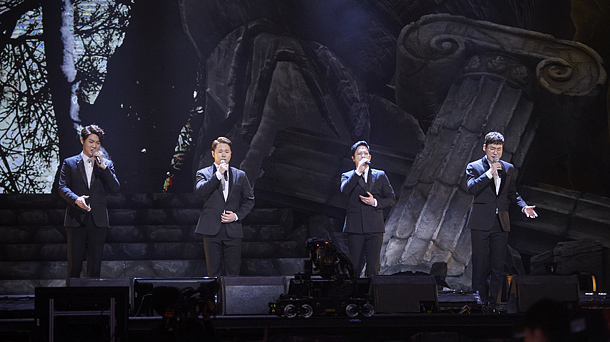 Forte di Quattro, the winning team from JTBC’s “Phantom Singer” will hold a concert with other participants from the program at Kyung Hee University’s Grand Peace Palace next month. [JTBC]

April 28-29: The stars of the popular JTBC program “Phantom Singer,” including the three groups that made it to the final round, are holding a concert for fans. The show has made the genre of classical crossover quartets popular in Korea and has brought a renewed interest in the world of classical music. The groups will perform songs that have hit the top spots on the music charts in Korea. 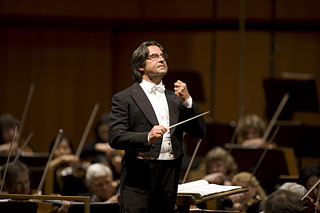 April 7: Praised as one of the most delicate conductors in authentic Italian operas, Italian conductor Riccardo Muti is conducting songs written by Verdi with the Gyeonggi Philharmonic Orchestra and Vittoria Yeo, who was called the “Cinderella of Opera” by Muti. This concert is the first concert in which all of the songs are from Verdi. The program consists of songs from the Shakespearean play “Macbeth.”

Rock fans are looking forward to the concert, as it is rare for the five members to get together because of their busy schedules.

April 20: The man who has often been credited with the modern popularization of piano music, the French pianist Richard Clayderman is having a recital in Korea. His most popular hits are “Ballad Pour Adeline,” “Les Flours Sauvages,” and “A Comme Amour.” For the first time, ten string players from an orchestra are expected to play alongside the pianist.

March 22-25: Last year’s critically acclaimed “Love Potion” by the Seoul Metropolitan Opera is staging an encore performance. Written by Felice Romani with music composed by Gaetano Donizetti, the finest librettist and composer of their era respectively, “Love Potion” is loved across the globe and comes to life in Korea once again, with the production of Italian producer Cristina Pezzoli.

To March 19: While the original Shimchung story focuses on the filial piety of Shimchung, this play is a reinterpretation of the original, and puts more emphasis on the meaning of death. The play follows the lives of Seonju and Gannan, two girls who are about to be sacrificed. The two girls approach their impending fate together, and try to figure out the meaning of death with each other. 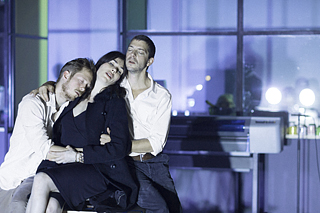 March 31 to April 2: Praised as one of the most noteworthy theatre producers in the world, the Belgian director Ivo Van Hove is having his second theatre performance in Korea with Toneelgroep Amsterdam. The play is four hours long and will be performed in Dutch, with Korean subtitles. The play is based from the novel with the same title, written by Ayn Rand, and portrays the life of an artistic and ambitious architect Howard Roark.

April 4 to June 25: Broadway’s touring production of the popular musical “Dreamgirls” will be visiting Korea in April.Featuring favorite songs such as “Listen,” “One Night Only,” and “And I Am Telling You I’m Not Going,” Korean fans will be able to experience these hits and more sung by the new cast.

April 5-9: Based from the famous Spanish novel written by Miguel de Cervantes, this ballet performance by the Universal Ballet performers show off their flamboyant and dazzling moves.

The performance consists of authentic Spanish dances and also provides exotic experiences for the audience.