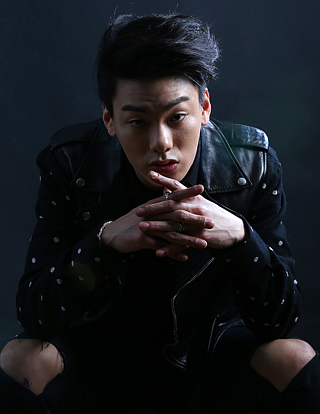 A finalist of the hit hip-hop audition program “Show Me the Money: Season 3” named Iron was prosecuted without detention under suspicion of injuring his girlfriend, according to the Seoul Central District Prosecutor’s Office yesterday.

The prosecution stated that the charges were based on Iron making violent contact after his girlfriend, who refused to be named, refused to give into his demands while engaging in sexual intercourse last September. The charges took in account violent conduct which happened two weeks after the event, as the rapper beat his girlfriend as she attempted to break up with him. He also attempted self-injury, and reportedly threatened the girlfriend, saying, “If you call the police, I’ll say you cut me.”

Iron denied the claims though, saying in an interview with Sports Chosun that, “Violence was her demand, and reports of self-injury and threats are groundless.”

Iron concluded by saying, “I admit that I’m not a perfect person, but I never caused injury or harm to another person for my desires.”