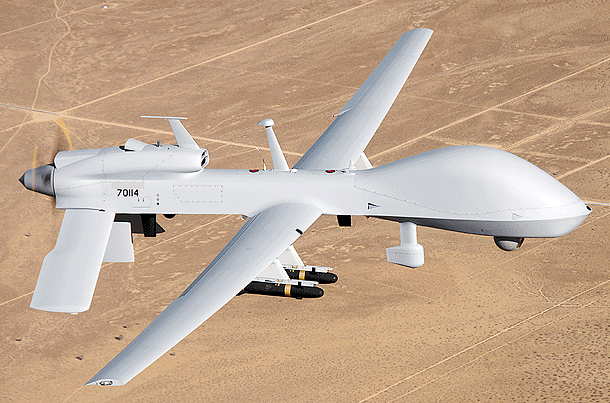 A Gray Eagle Unmanned Aerial Systems company will be established at Kunsan Air Base in Gunsan, a coastal city 150 miles south of Seoul in North Jeolla, said Toner. According to a statement by the U.S. Forces Korea, the company will be assigned to the 2nd Combat Aviation Brigade of the 2nd Infantry Division. This is part of the U.S. Army’s strategic plan to add one Gray Eagle or drone company to each division in the Army.

A timeline was not mentioned.

The move is “an ongoing effort to defend the Republic of Korea and U.S. interests in order to maintain regional security, stability and economic prosperity for the region,” Toner said in the briefing.

“In addition to Thaad [the Terminal High Altitude Area Defense antimissile system], these are largely ? or not largely, these are defensive measures that are a response to what we - and by ‘we’ I mean South Korea, the United States and, certainly, Japan - view as a real and credible threat to our security.”

It is unclear when consultations about the Gray Eagle company began between Seoul and Washington, but the announcement came a week after North Korea test-fired four ballistic missiles off its eastern coast, three of which fell into waters within Japan’s exclusive economic zone.

The four projectiles reached an altitude of about 260 kilometers (162 miles) and flew 1,000 kilometers on March 6 before splashing into the East Sea, according to the South Korean Joint Chiefs of Staff. Later that night, the first components of the Thaad antimissile shield, including two launchers, arrived from the U.S.

On Tuesday, a trilateral missile warning exercise by Seoul, Tokyo and Washington kicked off in waters off South Korea and Japan as the allies engaged in simulations detecting North Korean ballistic missiles. An Aegis-equipped destroyer from each country - South Korea’s Sejong the Great-Class Destroyer, Japan’s JDS Kirishima, America’s USS Curtis Wilbur - will take part in the drill, scheduled to last through today.