Composer designs world for ‘Beauty and the Beast’

Composer designs world for ‘Beauty and the Beast’ 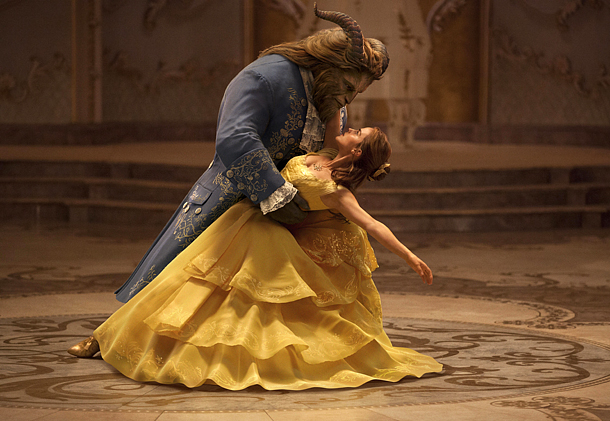 Dan Stevens as The Beast, left, and Emma Watson as Belle in a live-action adaptation of the animated classic “Beauty and the Beast.” The movie comes to theaters in Korea today. [AP/YONHAP]

BEVERLY HILLS, California - Composer Alan Menken really wanted to include the song “If I Can’t Love Her” in the new live-action “Beauty and the Beast.”

The soaring ballad, sung by the Beast, was written for the Broadway musical as the closing number before intermission.

“It’s a monumentally good song. But it is unique to the structure of a stage musical,” Menken said recently. “I made a few attempts to go, ‘well could it just be right there’ and (lyricist) Tim Rice said to me, ‘it would be like writing ‘Don’t Cry for Me Brazil.”’

So, on the cutting room floor it went, along with some of the other Broadway additions, like “Home” (although some of the music from that song does make it into the new film). Menken, who won Oscars for his “Beauty” score and also the song “Beauty and the Beast,” knew that this ship was in the hands of director Bill Condon.

“I have to balance being the keeper of the flame of the original and the Broadway show and being an enthusiastic and supportive team member in bringing it into new territory,” Menken said. “With ‘Beauty’ I was blessed to have Bill Condon ... He’s smart, he loves musical theater and he loves ‘Beauty and the Beast.”’

“Beauty” fans need not despair about too many changes, either - all of the songs written by Menken and Howard Ashman for the 1991 animated film are in this new version (out Friday), with a few tweaks and some newly unearthed Ashman lyrics, as well, that attentive listeners might notice in the songs “Gaston” and the closing version of “Beauty and the Beast.” Ashman died of complications from AIDS before the animated film was released.

The cuts also made room for three new songs from Menken and Rice, including a more fitting ballad for the Beast, “Evermore,” sung after he lets Belle go.

“We had these up numbers and the one ballad so we felt we could afford gentler or more anthemic moments,” Menken said of the new songs.

There’s one for the household objects, “Days in the Sun,” and one for Belle’s father Maurice (Kevin Kline), “How Does a Moment Last Forever.”

Menken loves different interpretations of his work. In his over 30-year career scoring some of the most iconic Disney soundtracks of all time, Menken has seen much of his work live on beyond the screen. He’s had many of his projects adapted into Broadway musicals, including “The Little Mermaid” and “Aladdin,” which are also on the docket for future live-action renderings.

“I think of myself as an architect,” he said. “I design a structure and other people live in it.”

It’s one of the qualities that makes him such a skilled composer and songwriter.

“His music, I find, is very easy to sing because he’s done all the work for you. You don’t have to put anything on it. It’s all there,” Broadway vet Audra McDonald said.

“He’s one of those composers who can grab your heart with a melody, so much so that you don’t even realize it because he’s so simple about it. You don’t realize that he’s reaching in and taking your heart and ripping it out - or massaging it.”

While much of the supporting cast had some Broadway experience, Menken acknowledges that leads Emma Watson and Dan Stevens were a bit green in that area.

“They both were a little deer-in-headlights,” Menken said.

Watson, in particular needed space to find her own voice as Belle.

“I’m not used to being an intimidating presence, but I think the composer was a little scary to her so we made sure she had her own vocal coach,” Menken said. “I stepped back, which was fine. The songs speak for themselves. I could always give my notes from a distance.” AP