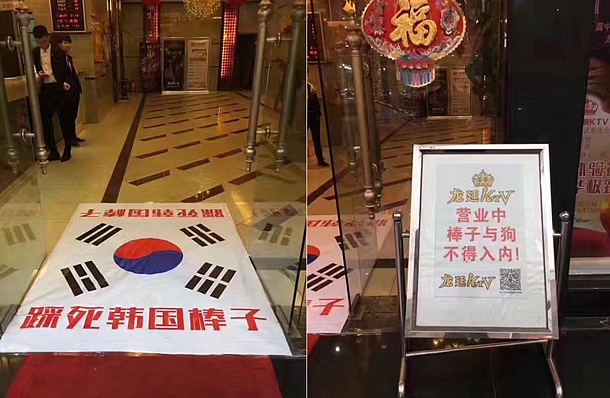 The attacks are organized and calculated, but Korea’s defense is messy, with no vision or strategy. I wished I was talking about a sports game, but this is how Korea deals with China’s economic retaliation over the Terminal High Altitude Area Defense (Thaad) deployment.

Chinese government moves have been thoroughly calculated. They make surgical strikes on areas that would result in minimal loss on their side and maximum damage on Korea’s.

They are not meddling with semiconductor factories in China or parts exporters they need. Tourism, cosmetics and food exports are the areas where Korea suffers while China has alternatives. Chinese people can visit other places and use cosmetics from other countries even after Beijing’s bans or restrictions. Regulating Korean electric car batteries and games actually benefits Chinese companies.

China is also skillfully controlling the intensity of the retaliation. If the situation becomes overheated, authorities would discourage protests or use semi-state-run media to present toned-down messages. They seem to be careful not to repeat the precedence of anti-Japanese protesters burning Toyota vehicles, only to be criticized by international media.

In contrast, the Korean government’s measures seem lukewarm and even half-hearted. The Minister of Trade, Industry and Energy Joo Hyung-hwan met with executives of four companies, which did not include Lotte, which suffers an intense attack from China. According to the Industrial Bank of Korea, a conservative estimate of damages from China’s retaliation is 8.8 trillion won ($7.69 billion).

An executive at a company with large operations in China said, “Last week, the government informed companies with major presence in China to have a meeting, but it was suddenly canceled, with no further notice.” But the executive said, “The companies attending the meeting are from different industries, so it would be more about discussing the damages companies are suffering. The government wouldn’t have a clear plan.”

This is not the first time businesses are suffering because of the government’s mess, but this time, it is serious. It is easy to say “diversify the export market” and “attract tourists from Southeast Asia.” But these measures are long-shots for companies facing crisis now. The government measures for Chinese hygiene permit training and assistance for finding Chinese buyers are makeshift plans with little feasibility.

I am not saying the Thaad deployment should be reconsidered because of the economic fallout. The government needs to respond more actively to protect companies from Chinese attacks. Even though the government doesn’t have a leader, it should not let companies and the economy suffer.