Prosecutors to question Park on March 21

Prosecutors to question Park on March 21 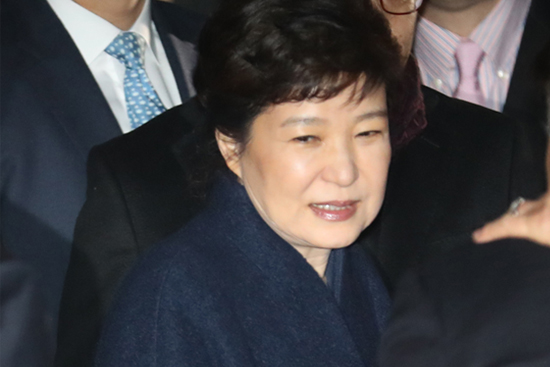 Prosecutors said Wednesday they have informed former President Park Geun-hye to show up for a questioning on March 21, 2017. Park will be questioned as a suspect in an abuse of power and corruption scandal.

The Constitutional Court permanently removed Park from office on Friday, lifting the presidential immunity that has shielded her from criminal prosecution. A special investigation team headed by the Seoul Central District Prosecutors’ Office chief Lee Young-ryeol is currently investigating the allegations.

Independent counsel Park Young-soo handed over unfinished cases against Park to the prosecution last week. The special investigation team, which started the initial probe into the scandal involving Park, her inner circle and large business groups at the end of last year, was revived.