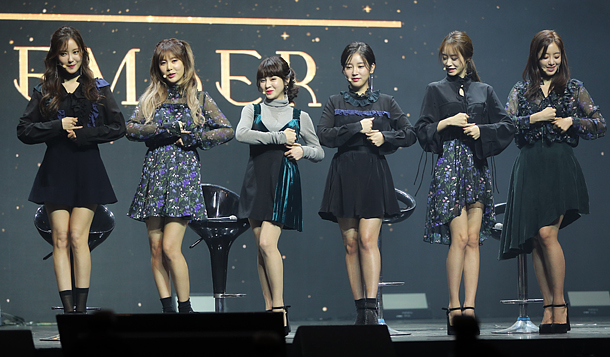 K-pop girl group T-ara will release their last album in May before the members’ contracts expire, the group’s agency said Thursday.

The album will be out on May 17, MBK Entertainment said, without giving further details of the new album.

“We’re discussing ways to renew the contracts, but there is a possibility that the group will no longer consist of the present six members. So we expect it to be the group’s last album in its entirety,” an official with the agency told Yonhap News Agency by phone.

Since their debut in 2009 with the EP “Lies,” T-ara has released 12 EPs, including the latest, “Memories.” Some of its greatest hits include “Bo Peep Bo Peep,” “Roly Poly” and “Lovey Dovey.”

The girl group went through its greatest crisis when one member, Hwayoung, left the group amid rumors that she was victimized by bullying. The incident caused T-ara members to drop out of television shows and other entertainment arrangements, and eventually to seek a broader market outside the country.