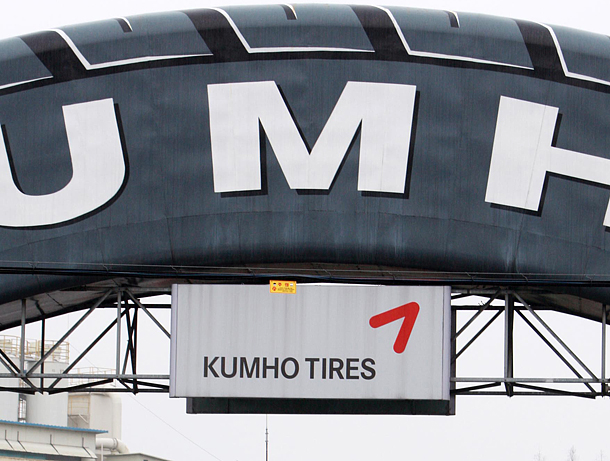 When Mercedes-Benz began developing its 2016 G-class models in 2015, the luxury carmaker asked Kumho Tire for collaboration from the early stage. Tires are a key part in the automobile and affect the control, comfort and noise level.

Tires are actually a high-tech industry. China’s manufacturing sector is recklessly expanding based on affordable labor cost, but Chinese companies haven’t made much impression in the tire industry.

But now, Kumho Tire, 14th biggest in the world, is likely to be purchased by a Chinese company. China’s Double Star, the 30th largest, has signed a share purchase agreement (SPA) with Kumho Tire creditors on March 14. If Kumho-Asiana Group Chairman Park Sam-gu does not exercise his right of first refusal (RFR) by April 13, Kumho Tire, once the biggest Korean tire manufacturer, will become Chinese.

Kumho Asiana interpreted that with a prior written approval of the shareholders’ group, it is possible to transfer RFR to the consortium. However, the Korea Development Bank does not see that the approval was necessary.

The creditors want to safely sell the Kumho Tire shares and collect taxpayers’ money. The creditors are concerned that approving transfer of RFR to a third party would result in Park selling off his RFR at premium in the future.

However, handing over the tire technology to China is not desirable. China caught up with the level of Korean display industry when Hyundai Electronics’ TFT-LCD section, Hydis today, was acquired in 2002. Shanghai Motors Group acquired Ssangyong Motors in 2004, securing core technologies and emerging as a global company. If a Chinese company acquires Kumho Tire, it will shut down plants in Korea, with relatively low productivity in the next two to three years and only operate plants, eliminating jobs in Korea.

The creditors need to see if there is a way to safety collect taxpayers’ money invested in Kumho while benefiting the national economy. If Chairman Park can clearly express his will to make Kumho Tire a global company in a written statement, the creditors will achieve the purpose of the clause on concession of the right of first refusal to a third party. The favor can be returned by Kumho Asiana Group contributing a portion of Kumho Tire’s profit to the community or state.

With both industrial and financial rhetoric, the ultimate goal is national interest. The two sides need to seat down and discuss the national interests rather than engaging in lawsuits or emotional fights.

*The author is an industrial news reporter of the JoongAng Ilbo.