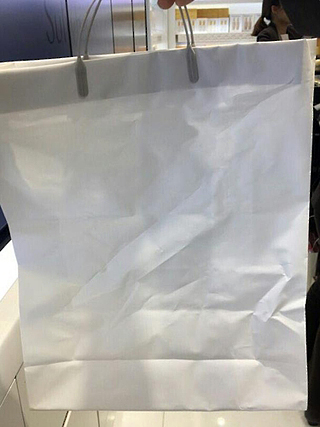 As Chinese consumers continue to boycott Korean brands over Seoul’s decision to deploy an American antimissile system in the region, Korean retailers are coming up with ever desperate measures to deal with the backlash - including covering up their logos.

Ever since Lotte Group agreed to hand over one of its golf courses to the Korean government in November to house a U.S. missile defense system that the Chinese government says threatens its security, the retail conglomerate has faced boycotts from Chinese consumers. With Lotte’s image tanking in China, other duty-free stores have even taken to giving extra shopping bags to Chinese tourists to replace the ones they got from Lotte.

Korea’s tourism industry is expected to take a bigger hit when the effects of a travel ban from Beijing start to show next week. The Chinese government ordered local tour agencies to stop selling group packages to Korea effective March 15, in apparent retaliation over the missile shield issue.

Duty-free stores especially have been relying on big-spending Chinese tourists for revenue. They have traditionally accounted for around 70 percent of sales. The next biggest spenders, Koreans, only account for 24 percent, followed by Japanese tourists with 6 percent.

The data naturally led duty-free operators to choose a last-resort measure of enticing more local shoppers to their stores, on top of diversifying their tourism marketing to other regions like Southeast Asia and the Middle East. 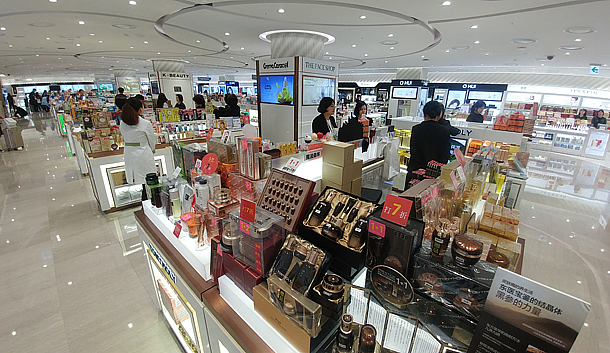 In this file photo from March 15, Lotte Duty Free’s Jeju Island store has fewer customers after the Chinese government instated a ban on Chinese tour groups to Korea. [YONHAP]

Lotte Duty Free is running a promotion with perks specifically catered to Korean shoppers this month. Those who purchase at least $300 worth of goods between 6 p.m. and 9 p.m. at three of its stores in Seoul will receive a 10,000 won ($8.80) gift certificate. Those who make purchases at the Sogong-dong location in central Seoul and COEX store in southern Seoul will receive an SK Telecom roaming coupon, and customers at the World Tower branch will get a Krispy Kreme coupon.

Hanwha Galleria Duty Free in Yeouido, western Seoul, is giving out tickets for Han River cruises as well as entry to the Hanwha Aquarium and 63 Building observatory to local shoppers, depending on how much they spend.