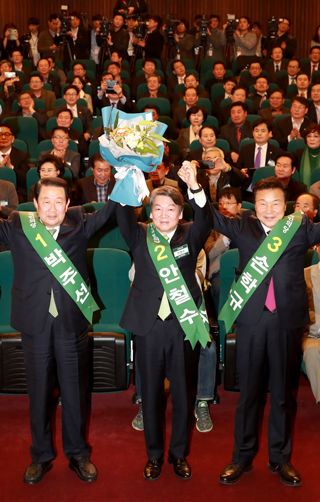 Park Joo-sun, left, Ahn Cheol-soo, center, and Sohn Hak-kyu of the People’s Party hold up their arms after advancing to the final round of the presidential primary at the National Assembly in Seoul on Friday. The three candidates won the most votes in a six-way race to pick the three finalists for the party nomination, which will be announced on April 4. [YONHAP]