Cha lives up to his potential and more

Cha lives up to his potential and more 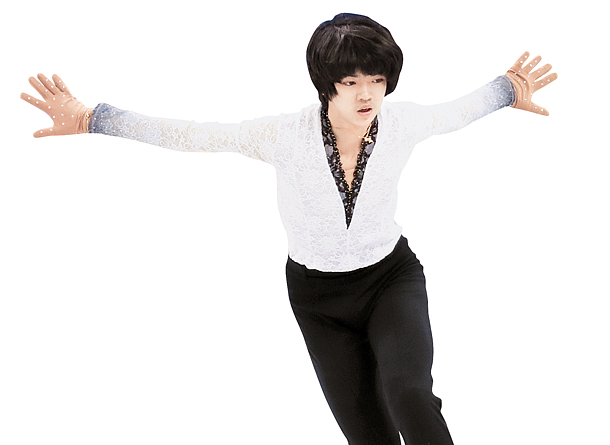 Though there are less than 50 Korean men’s figure skaters, Cha Jun-hwan, who recently came out of nowhere, has shown outstanding potential on the international stage.

Cha’s 2016-17 season was outstanding as he finished third in the Junior Grand Prix Final, which was the best finish by a Korean men’s figure skater. At the International Skating Union (ISU) World Junior Figure Skating Championships in Taipei City, concluded on Thursday, he finished fifth with a total score of 242.45.

“Although Korea had the Olympic champ Kim Yuna,” the ISU said of Cha before the event, “they never had any men’s figure skater. Of the men’s Korean figure skaters, Cha Jun-hwan has the potential to be the world’s best.”

Though Cha himself is overwhelmed by being called “the next Kim Yuna,” the two do have similarities. Like Kim, Cha also has strong jump skills. Indeed, his jumps have always been rated clean, as he doesn’t reduce his speed before jumping.

“Cha has the ability to make any styles his own,” Orser said. “Just as Kim Yuna was Korea’s diamond, Cha can also become that special diamond.”

Once Cha turns 16 in October, he will be making his senior debut in the 2017-18 season, the year the PyeongChang Olympics will be held. In less than a year, Cha will have to compete against top skaters like Yuzuru, Fernandez and Nathan Chan of the United States.

In the junior division, Cha’s competitions are Dmitri Aliev, 18, and Alexander Samrin of Russia, 19, as there are no other dominant skaters in the age group.

“In men’s figure skating, their performance gets better as they grow and get stronger,” Bang Sang-ah, a figure skating analyst with SBS, said. “And this is why there is a big gap in skills from junior to senior events and in age difference. But Cha still manages to compete against skaters that are older than him.”

“It’s better to increase the number of quadruple jumps by one per year,” Bang said. “It may be overwhelming if they try to put two at once. If Cha slowly adds in more quadruple jumps and improves on other skills in his performance, he will be one of the top skaters at the 2022 Beijing Winter Olympics.”