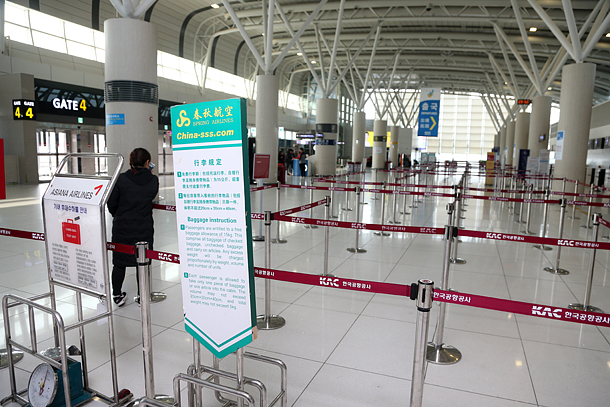 The Korean government’s hope of convincing China to rethink its opposition to the deployment of the U.S. Terminal High Altitude Area Defense (Thaad) antimissile system and roll back retaliatory actions against Korean businesses was crushed after a planned meeting in Germany during the weekend failed.

But the Chinese counterparts were said to have denied requests for a separate meeting between the two countries’ top economic policymakers and gave no specific reason other than that there was no opening on the Chinese finance minister’s schedule.

Korean Finance Minister Yoo said it was difficult to make an official complaint to the Chinese government since no specific reason was given for their actions.

“If we say that for the future of both countries it would be best to continue economic cooperation,” Yoo said, “they will argue that they have never ended economic ties because of Thaad.”

China recently has been increasing retaliatory actions in protest of Thaad being set up at a golf club in Seongju, North Gyeongsang, which was previously owned by Lotte Group.

This includes discouraging large groups of Chinese tourists from traveling to Seoul while preventing Korean products from entering Chinese markets. Lotte branches in China have been shut down on the grounds of not meeting safety regulations.

Even incidents of Chinese consumers boycotting or smashing Korean goods have been on the rise.

According to a study by the Korea Export-Import Bank (Eximbank), Chinese retaliations against Korea will reduce Korea’s exports by 3 to 7 percent in the next year or two and reduce the number of Chinese tourists to Korea by up to 60 percent. This could lead to an economic loss amounting to over 16 trillion won.

The Korean government is hoping to make another attempt at a bilateral meeting between the two countries during the International Monetary Fund’s annual meeting, which is scheduled to take place in Washington next month.

Meanwhile, Yoo held a separate meeting with President Donald Trump’s new treasury secretary, Steven Mnuchin, in Germany. The meeting, which was the first since Mnuchin was endorsed by the U.S. Senate last month, only lasted for 10 minutes.

The Korean Finance Ministry said despite the short-lived meeting, the Korean finance minister was able to explain other factors, including low oil prices, as the reason behind Korea’s trade surplus against the United States, as well as Korea’s intention to lower the surplus through larger imports of U.S. shale gas.

The Trump administration has been accusing Korea and other countries, including China, Japan and Germany, of tampering with foreign currency to achieve a trade surplus with the United States.

The U.S. government will release its reports next month, which could name countries as currency manipulators and push regulations that will limit imports from such countries.