At home with the modern royals : In final years of Joseon, the Korean Empire looked West

At home with the modern royals : In final years of Joseon, the Korean Empire looked West 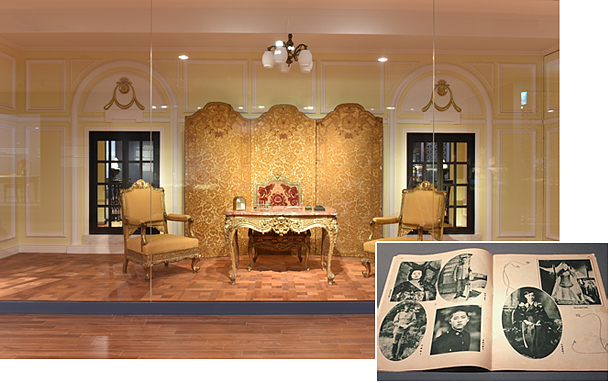 A re-creation of the inside of the palace during the Korean Empire period (1887-1910). The imperial family imported furniture from Maple & Co., a British furniture company, and used porcelain pieces from Germany’s Villeroy & Boch. See at right is a rare photo album of the family. [NATIONAL PALACE MUSEUM OF KOREA]

Did the last royals of Korea wash their feet in luxurious German-made porcelain basins and enjoy waffles?

It appears so, according to artifacts at the newly-renovated exhibition hall at the National Palace Museum of Korea dedicated to short-lived Korean Empire (1897-1910), otherwise known as the final 13 years of the Joseon Dynasty (1392-1910).

Some say the political chaos of Korea today is reminiscent of the confusion during the final years of the Joseon Dynasty.

It is true that the final years of Joseon, a 500-year-old kingdom, were grim.

Japan’s calculated attempt to colonize the Korean peninsula was tightening its grip, and Korea’s desperate hopes of getting diplomatic help from the West to save its waning dynasty just didn’t work.

For this reason, the Korean Empire period is often dismissed in Korea.

Recently, however, some scholars claimed that the empire did display an open-mindedness to foreign cultures and made notable attempts to modernize. This, they say, deserves credit, as Joseon was a highly-closed kingdom that generally ostracized foreign culture, except for neighboring China. This was also part of the reason why it failed to detect fast-changing international currents.

As this year marks the 120th anniversary of the birth of the Korean Empire, the National Palace Museum of Korea renovated the exhibition hall, expanding its size and adding about 100 more artifacts. Officials say they attempted to show how the government of the Korean Empire worked to modernize Korea but also to give glimpse into the life of the final royals.

“Because we are the only palace museum in Korea, we are able to show how the royalty lived,” Im So-yeon, one of the researchers said. “We’ve recreated the inner spaces of today’s Deoksu Palace,” referring to the palace that served as the key setting of politics during the period.

A re-created dining table of the royalty of the Korean Empire. [NATIONAL PALACE MUSEUM OF KOREA]

The yellow throne at the beginning of the exhibition highlights how King Gojong (1852-1919) of the Joseon Dynasty, who was the first emperor of the Korean Empire, hoped that declaring Korea an empire would change its fate.

The main color for the palace for Joseon was red but the new empire adopted yellow. Also, while a phoenix was used to represent the highest power during Joseon, the emperor chose a dragon.

The exhibition also displays the seal of King Gojong. The seal was used on various documents and what’s notable is its small size, measuring only 5.3 centimeters (2 inches) by 5.3 centimeters on its bottom surface. Officials say the seal, half the size of other royal seals, had to be compact because Gojong often used it for confidential diplomatic efforts amid Japan’s extreme surveillance.

But the highlights are the recreations of the living room and the dining tables of the last royal family.

Many delicately crafted furniture pieces, tableware and bathroom decor are on display, which is one of the features that would make this exhibition appeal to not just lovers of history but also home decor. There are also several baking tools on display, including a waffle maker. 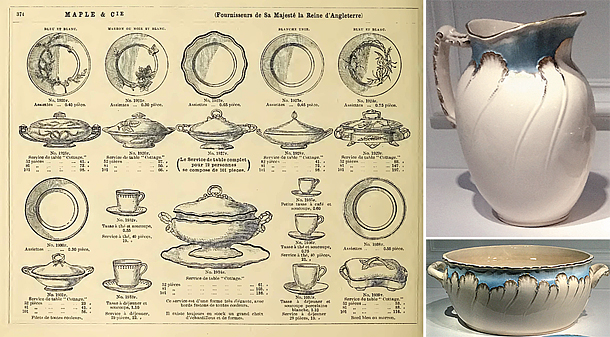 This, however, is not to underline the extravagant lifestyle of Korea’s final royals, as their nation was declining, officials emphasized.

In line with their efforts to modernize and Westernize, they also changed their lifestyle accordingly to be on par with world powers of the time, officials said.