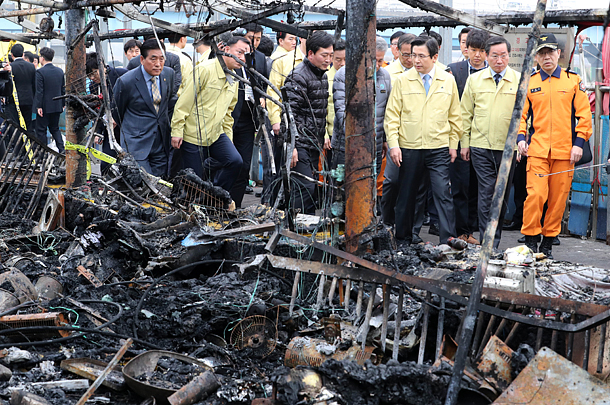 Prime Minister Hwang Kyo-ahn, who is acting president, third from right, visits a fire-ravaged traditional fish market in the western port city of Incheon on Monday to console victims and pledge government support for them. The fire broke out at 1:36 a.m. Saturday and was put out several hours later. It damaged some 220 out of the 322 street stalls. No injuries or fatalities were reported, with police estimating 650 million won ($579,322) worth of property damage. [YONHAP]