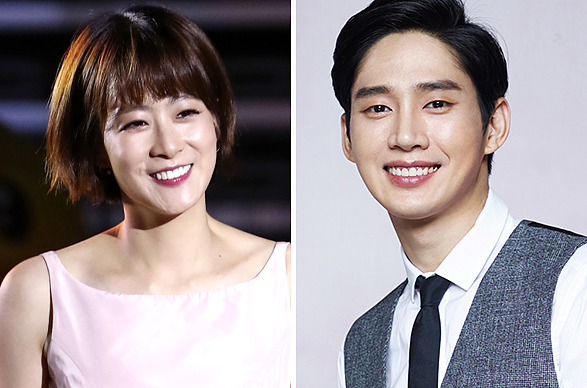 Spring is truly a season of love, as many celebrity couples are starting relationships. The latest of the bunch is Ryu Hyun-kyung and Park Sung-hoon, as the newest couple confirmed dating rumors through Ryu’s agency Prain TPC, which released an official statement regarding the relationship.

The two, both actors, appeared together in last year’s play “Almost Maine” and continued their relationship as co-workers. The official statement said, “The two remained good friends since the play, and recently took a step further and started a relationship.”

Ryu boasts a wide spectrum of appearances to date, appearing in films such as “Cyrano Agency” (2010) and dramas such as “Age of Warriors” (2004).

Park is also enjoying a steady rise in reputation, with appearances in “Six Flying Dragons” (2015) and “Jealous Incarnate” (2016).