Longevity is no longer a blessing

Longevity is no longer a blessing 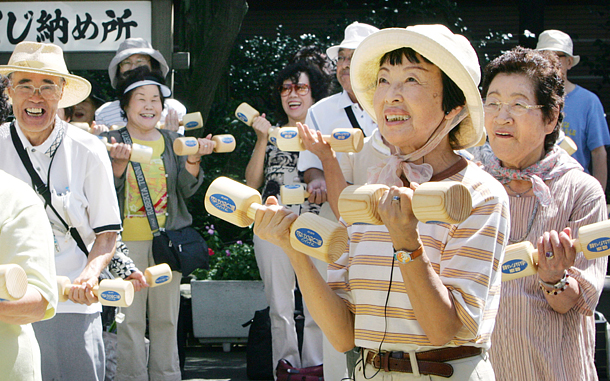 “I am sure I am a low-class elderly man. I work part-time and live alone on a national pension with no savings. I want to enjoy my life but anxiety hits from time to time. What should I do?” a 69 year-old man wrote to the Mainichi Shimbun’s counseling section. He said that while there are no immediate major issues, he was worried about the remainder of his life. “Low class elderly people” refers to the financially struggling senior citizens in Japan and Korea since NGO leader Takanori Fujita wrote a book titled “Karyu rojin” in 2015. They live with minimal income or are likely to be on welfare.

62 year-old Eri Watanabe, actress and playwright who responds to the readers, wrote, “After reading Fujita’s book, I also thought that it could happen to anyone. The average savings for a 65 year-old Japanese is 20 million yen ($177,375), but having been an actress my whole life, I don’t have that kind of money.”

Watanabe continued, “By the time I am 70, I want to watch movies and plays every day. It could be possible if I make 100,000 yen a month by holding acting workshops once a week and get a pension. So what you and I need to worry about the most is our health.”

Elderly people in Japan are financially better off than the younger generations. Japanese people over age 60 own 70 percent of household financial assets. But the anxiety of becoming a low-class elderly person is growing because of the low-birth rate and aging of the population. As the young population to support the old is rapidly shrinking, decreasing pension payments is inevitable.

Health conditions are not keeping up with extended lifespan. When you are in bed for a long time, your financial status gets worse. The Ministry of Health, Labor and Welfare announced earlier this month that the average life expectancy was 86.99 for Japanese women and 80.75 for Japanese men. It increased by 0.69 for women and 1.2 for men.

However, the healthy life expectancy, the age to lead a normal routine, remained 71 for men and 74 for women. It means that men would spend the last nine years and women the last 12 years suffering from declining health. According to the OECD’s health survey, Japan topped the life expectancy among 33 nations but ranked 32nd in the “subjective health” category. Only 35.4 percent of respondents said that they considered themselves healthy.

The Japanese government is working on the health of the elderly to improve the overall quality of life. The Health Promotion Law of 2000 mandated the Healthy Japan 21 campaign, and in 2013, a basic guideline for the extension of healthy life expectancy and reducing health gaps was drafted. The goal is to decrease the gaps in health that exist by income, gender, region and academic background. The healthcare paradigm is also gradually shifting from life maintenance to health maintenance.

Korea came in 33rd place in the subjective health survey. Only 32.5 percent said they were healthy. When you are poor and become sick, the ordeal is harsher. Longevity is no longer a blessing but a curse.