Galaxy S8 will include AI assistant that ‘learns’

Galaxy S8 will include AI assistant that ‘learns’ 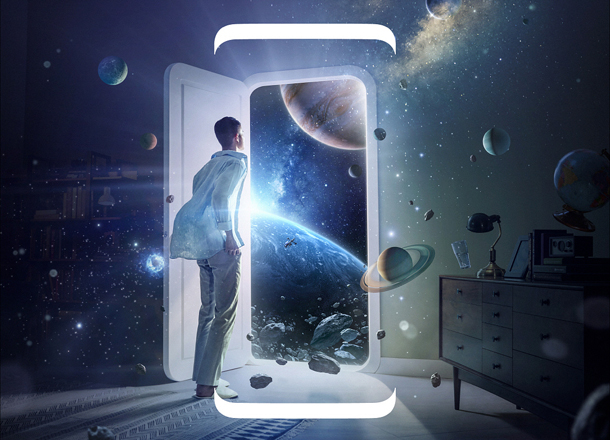 Instead of having humans adapt to new machines, Samsung wants machines to learn how to interact with humans.

That’s the premise of Samsung Electronics’ new AI voice assistant Bixby, which the company will put into its upcoming Galaxy S8 smartphone.

Samsung wants to change that by allowing new AI voice assistants to “learn” about users and adopt to them, eventually making phone use even more “seamless and intuitive,” he said.

In a blog post on Samsung Newsroom on Monday, Rhee discussed elements that distinguish Bixby from other similar tools, nine days before the tech giant is scheduled to debut the highly anticipated S8 in New York and London.

The post revealed the Galaxy S8 will include a dedicated button for launching the voice assistant on the side of the device.

Bixby will be able to perform almost any task on a smartphone app, the post said, unlike many other voice assistants that can only support a small number of tasks on an app.

Bixby will also be able to respond to voice commands while the app is already in the middle of doing something and can digest commands with incomplete information, according to Rhee.

There have been many rumors floating about the voice assistant that Samsung has been building with Viv Labs, a California-based start-up run by the co-creator of Apple’s Siri that Samsung acquired last October.

This is the first time Samsung has officially acknowledged the existence of such an interface under the name Bixby and its features.

Samsung’s ultimate goal is to release a software development kit that will allow third-party developers to make their applications and services compatible with Bixby. Samsung also aims to gradually apply Bixby to all of its appliances including air-conditioners and internet-connected televisions.

“As the Bixby ecosystem grows, we believe Bixby will evolve from a smartphone interface to an interface for your life,” Rhee said.

Adding to the buildup surrounding the Galaxy S8, Samsung on Tuesday released a television commercial for the flagship smartphone, in which a man in a room opens a door presumably shaped like the device and enters an outer-space world with the message “Eight, completion and a new beginning.”

Samsung explained in a press release that the outer space motif represents “an amazing world that will emerge with the new Galaxy phone,” which it says will break the mold of existing smartphones.