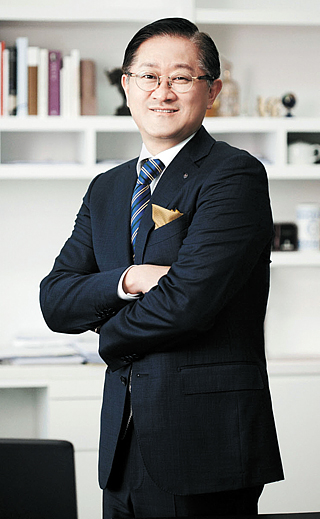 This year, AmorePacific is celebrating CEO Suh Kyung-bae’s 20th year in office and reflecting on the company’s past achievements while looking ahead with new goals for its future. Although China’s consumer retaliation over Thaad poses uncertainties in the market, AmorePacific has overcome crisis before.

When Suh took office as CEO of Taepyeongyang, the predecessor of Amore Pacific, on March 18, 1997, the market environment was less than ideal. The Korean government began allowing cosmetics imports in 1986, and the market became increasingly competitive, turning many companies away from the industry. At the time, Taepyeongyang was in the process of selling off various subsidiaries and restructuring itself, and many considered it at risk of perishing.

In such a precarious period, the new CEO decided on the company’s vision: to become a “representative company in beauty and healthy” and accordingly reorganized its brands including Iope and Sulwhasoo. Iope launched Retinol 2500 using technology accrued from years of experience, and Sulwhasoo turned over a new leaf with herbal cosmetics. The company also expanded into the global market and localized many of its brands.

Now, AmorePacific reigns over the Korean beauty and health industry, and it continues to grow. In 2006, the company divided into a holding firm and operating firm, marking an end to its project of focusing on beauty and health that began in the early 1990s. 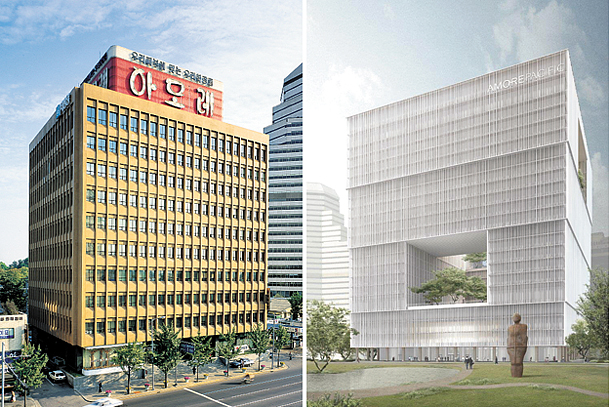 AmorePacific continues to expand in the global market with its five strongest brands - Sulwhasoo, Laneige, Mamonde, Etude House and Innisfree - and plans to develop more in the future. All AmorePacific stores around the world have been owned and operated by headquarters since 2002. Around 14 to 19 overseas corporate bodies and 3,200 branches cater to global customers.

While the company has focused on China in the past 20 years, it is now beginning to pay more attention to Southeast Asia and the United States. In Southeast Asia, AmorePacific plans to start in Singapore, Malaysia and Thailand, which are more mature markets, and then expand to big cities in Vietnam, Indonesia and the Philippines.

Later this year, AmorePacific will launch Innisfree in the United States, adding to an existing lineup of brands that includes AmorePacific, Sulwhasoo, and Laneige.

In the Middle East, AmorePacific has incorporated in Dubai and begun cooperating with a local distribution company. By the end of this year, it plans to introduce Etude House to the region. Also in the works is the launch of a skin care brand in Europe, where consumers are becoming increasingly savvy about healthy skin.

AmorePacific was the first in the industry to open a research and development center, in 1954. Later, with an emphasis on leading in science and technology, the company increased R&D spending from 17.9 billion won in 1997 to 130.8 billion won in 2016.

In 2010, the company built a second research center, Mizium, where the groundbreaking cushion technology was developed. AmorePacific plans to expand its research facilities in Yongin, Gyeonggi, and establish a “beauty industrial complex” there by 2020. This complex will serve as a base for developing better technology and products.

In order to provide long-term and continuous support in science, Suh founded the Suh Kyungbae Science Foundation in 2016 and donated 300 billion won of his own money. The foundation is now taking applications for research funding in biotechnology.

AmorePacific has contributed significantly to the nation’s job market. Between 1996 and 2016, the number of AmorePacific salespeople who go door to door selling the company’s products increased from 7,600 to 35,000. The company’s major brands, including Sulwhasoo and Hera, have even made their way to department stores. In 2015, Sulwhasoo reached 1 trillion won in sales, the first brand in the industry to do so, and has ranked No. 1 in sales at Korean department stores.

The brands continue to be popular at AmorePacific’s more than 3,000 shops in Korea, including Aritaum, Etude House and Innisfree.

Not only that, the company has put utmost effort into fulfilling its social responsibility of making the world a better place. In the past 20 years, AmorePacific’s social contributions have increased from 400 million to 24 billion won. The company has led various community campaigns including Makeup Your Life, Pink Ribbon and Heemang Stores, all projects that have helped improve women’s lives.

AmorePacific has also established public foundations to support the underprivileged. In 2007, it became the first Korean cosmetics company to participate in the United Nations Global Compact, a UN initiative to encourage businesses worldwide to adopt sustainable and socially responsible policies. Ever since, the company has been pursuing eco-friendly activities and publishing annual reports on sustainability.

“AmorePacific was established in 1945 but in effect was reborn 20 years ago,” Suh said. “After much effort to overcome its challenges, the company was able to grow into what it is now.

“We will continue the spirit of our founder and contribute to our community.”