KSU looks for new skins after series of tears

KSU looks for new skins after series of tears 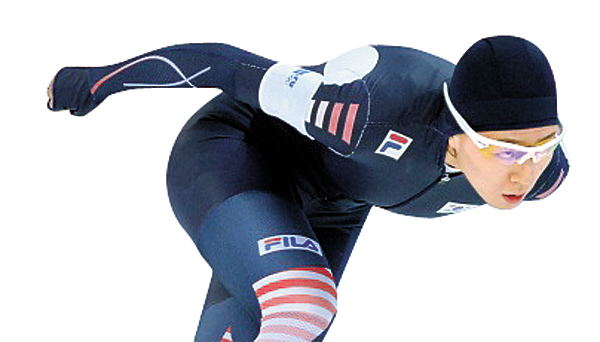 With the 2018 PyeongChang Winter Olympics approaching in about 11 months, the Korea Skating Union (KSU) is considering a uniform change for its skaters.

“We created a task force team for company selection and have been looking for a company,” the KSU said. “To provide a uniform that the players can be satisfied with, we are accepting different opinions.”

The KSU signed a contract with FILA in 2012 and the Korean national team’s uniforms have been provided by them since, but as their uniforms have ripped at past international events, they are in the process of looking at other companies.

At the 2015 International Skating Union (ISU) World Cup event, Lee Seung-hoon was not able to participate in the men’s mass-start race as his uniform was ripped prior to the race. Not only that, Choi Min-jeong’s uniform also ripped when she fell during the race at the Sapporo Asian Winter Games last month.

As the KSU’s contract with FILA will end next month, they are closely examining companies that will be suited to make the national team’s uniforms. However, FILA is arguing that not extending the contract is an unreasonable treatment as the company has been about 80 percent complete with the team’s uniform for the Olympics.

“We’ve spent millions of dollars to make a uniform that will maximize the skaters’ athletic performance with SportConfex,” FILA said. “We are confused to hear about the termination of the contract.”

Since the champions in ice sports are declared within thousandth of seconds, their uniforms are a major influence in each race as they can minimize air resistance. According to FILA, SportConfex produces uniforms for the Dutch team, the powerhouse for ice sports, and they have been cooperating with SportConfex to provide the best uniform for Korean skaters, as they used the same production techniques as the Dutch skaters’ uniforms.

The new uniform that was scheduled to be made public in July was designed to be lighter by 15 percent and to reduce air resistance by 10 percent compared to the uniform used at the Sochi Olympics.

“We have been receiving feedback from the skaters regularly regarding the uniforms,” Kim Young-joon, business manager at FILA, said. “But we’ve never heard dissatisfaction from the Korean national team skaters.”

Kim showed concern that switching to a new uniform may affect skaters’ performances.