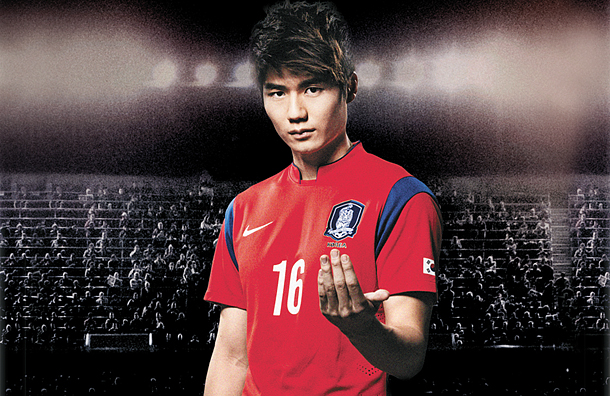 Despite the disadvantages the Korean national team will face playing away from home, Ki Sung-yueng hopes to prove Korea is Asia’s top-class football team. [JOONGANG PHOTO]

The Korean national football team’s match against China may be its most important game as it is the sixth Group A qualification match for the 2018 Russia FIFA World Cup.

Members of the Chinese national football team seemed resolutely determined during training. Marcello Lippi, manager of the Chinese football team, stood in the middle of the ground overseeing the team’s training, where he screamed on the training field and dominated the atmosphere.

The Chinese Football Association (CFA) replaced Gao Hongbo with Lippi while the team was competing in the Group A qualification round for the 2018 Russia World Cup. As the team was ranked last in Group A with one tie and three losses, the CFA made a big change in manager hoping for a change of atmosphere. With the change in the team’s manager, the CFA showed their support by providing extra help. 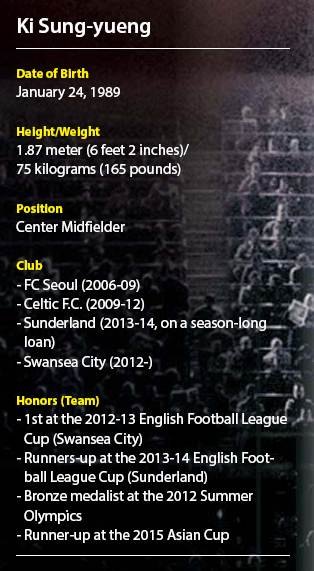 First, the CFA signed a three-year contract of about 24.1 billion won ($21.4 million) with Lippi. In addition, they gave Lippi the authority to make changes in coaching staff as well as players. In January, Lippi tested younger football players through the 2017 China Cup International Football Championship.

To prepare for the game against Korea, Lippi gathered the members on the team early so they could train together. Due to this, the members had to step aside from playing in their main club two weeks earlier than expected.

Lippi’s fame in China has been explosive. Although the Chinese football team is in a tough position to advance to the FIFA World Cup, with the arrival of Lippi, many found hope, thinking, “a miracle could happen.”

“As a world famous manager, he has the charisma to lead the team,” said Wang Nan, a reporter for CCTV news.

With that, their match against Korea is the starting point towards a miracle. Unlike the Chinese football team, where the manager leads, the players are the leaders of the Korean football team.

“He is the kind of captain who acts before he talks,” Kim Shin-wook, a striker for the Jeonbuk Hyundai Morots, said. “He helps the younger players learn and blends in well with them without any trouble.”

The Korean football players felt Ki’s responsibility and leadership through its match against Uzbekistan in September 2016. At the time, Ki broke his toe but still played for the team. He took painkillers and fought through the agony. With his effort, the Korean team won the game 2-1 against Uzbekistan.

“I knew he was in pain but I didn’t know he had a broken toe,” Kim Kee-hee, defensive midfielder playing for Shanghai Shenhua, said. “Not only did I feel the captain’s responsibility, I came to trust Ki more.”

“The captain’s role is to speak for the player’s,” Ki said. “It is obvious the players can be overwhelmed about the upcoming game, as it will determine the team’s fate in advancing to the FIFA World Cup. My role is to help them not get intimidated.”

Although Ki is aware of the disadvantages of playing away from home, he believes that the more important factor is to lessen players’ feeling that they “must win the game.”

“Korea has been a top football team in Asia and I will prove that through our match against China,” Ki emphasized.

The Korean football team’s match against China will be broadcast live on JTBC, an affiliate of the Korea JoongAng Daily, at 8:35 p.m. tonight.