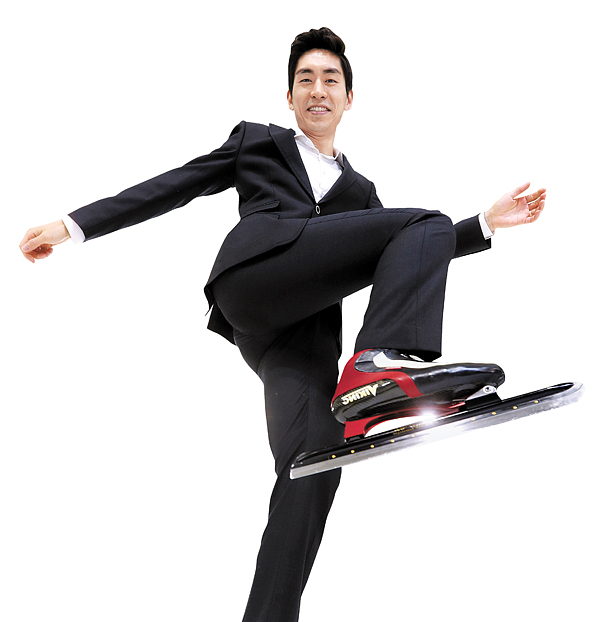 “I am the luckiest athlete,” Lee said about his accomplishments.

At the 2010 Vancouver Winter Olympics, Lee became the first Asian skater to medal in long distance races as he won a gold medal in the men’s 10,000 meter event and a silver medal in the 5,000 meter event. Since then, he has maintained the top spot for seven years. 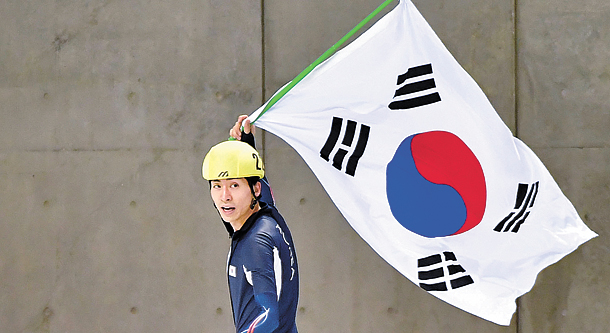 At the Asian Winter Games last month, Lee also became the first Korean to win all four categories that he participated in. As he added another gold medal in the men’s mass start race at the International Skating Union (ISU) World Cup Speed Skating Final on March 13, Lee closed his 2016-17 season ranking first in the world.

“I started skating at six and there were two times when I wanted to quit,” Lee said. “First was when I missed my spot on the short track national team in 2009, and the other time was after the Sochi Olympics in 2014. But interestingly, every time I tried to quit, my situation got better.”

As a former short-track speed skater, Lee missed his spot on the national team in April 2009 for the Vancouver Olympics. At age 21, it left a strong impact on him.

“Since I was at an age where I had to fulfill my military duty, I considered quitting,” Lee said.

However, he was offered the opportunity to switch to speed skating and because there was still a chance of competing at the Olympics in speed skating, he switched and was on the national team. With that, he won a gold medal and it completely changed his life.

“If I didn’t switch to speed skating, I would’ve lived my life as a normal person,” Lee said.

Following his success at the Vancouver Olympics, he struggled at the Sochi Olympics. Competing with European skaters has always been a challenge for Lee. At the 2014 Sochi Olympics, Lee finished 12th in the men’s 5,000 meter race and fourth in the 10,000 meter race. He managed to win a silver medal in men’s team pursuit race, but from his disappointing results, he was discouraged from skating.

“I lost interest in long distance,” Lee said. “Since I’ve already won a gold medal at the Olympics, I thought I wouldn’t have any regrets about retiring.”

But when the mass-start race got officially added to the Olympics, he changed his mind. Mass-start, raced in a format more like short-track skating, has always been a category Lee was confident in.

“Although I became a successful speed skater, I always had a sense of regret in short track,” Lee said. “So I had more affection towards mass-start races. With that, my passion for skating reignited with the goal of winning a mass-start race gold medal at the Olympics.”

Though Lee cited luck for his success, his brand of luck comes from tough daily training. Lee starts his day at 5 a.m. and practices 10-11 hours a day, excluding the time he takes for meals and sleep. When Lee injured his right leg at the ISU World Singles Speed Skating Championships in February, he did not take a break from training.

“I get tired of training but I do it every day,” Lee said. “Even when I don’t think I can, I go to the rink and rest there.”

With his up and down career, Lee decided to wait another year until retirement. As he will be 29 years old at the Olympics, Lee has high expectations and enthusiasm.

“Aside from long distance races,” Lee said, “I want to win medals in all four categories.”