Marriage rate at lowest since 1970

Marriage rate at lowest since 1970 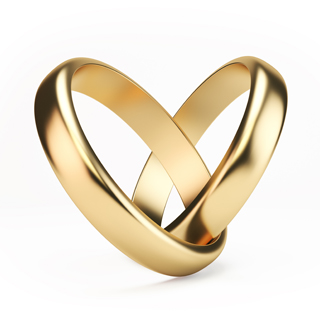 The national marriage rate last year was the lowest since data was first compiled in 1970, due to the country’s shrinking population and young people feeling financially squeezed amid expanding housing costs and a narrow job market. A shift in marriage philosophy among young people also contributed to the shrinking number of Koreans tying the knot.

“The population, economic and social factors all contributed in the shrinking of couples that are getting married,” said Lee Ji-yeon, director of Statistics Korea. “Not only has the number of people in the age group eligible for marriage declined but also economic indicators related to marriage such as the [high] unemployment rate, rising jeonse and monthly rent prices has been worsening.”

Those in their late 20s and early 30s, usually the largest group to marry, have fallen by more than 170,000 over the previous year.

While landing jobs has becoming harder for those just graduating from college, many have shunned marriage.

The Statistics Korea director said the rise of marriage as an option seems to have affected overall rates.

“There have been significant changes on the perception of marriage,” Lee said. “Prior to 2000 seven out of 10 single men considered marriage a must but since 2014 that figure has been shrinking sharply to five in 2014 and four in 2015.” 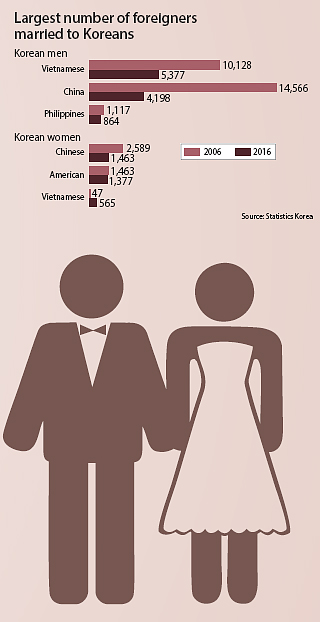 Korean men marrying foreign women have been on a downturn since the government in 2011 tightened regulations on matchmaking companies and visa applications after a growth in domestic violence and fraud.

Mixed-nationality couples today account for 7.3 percent of all marriages, a 0.3 percentage point increase over a year earlier. Foreign women married to Korean men accounted for 72 percent of the share.