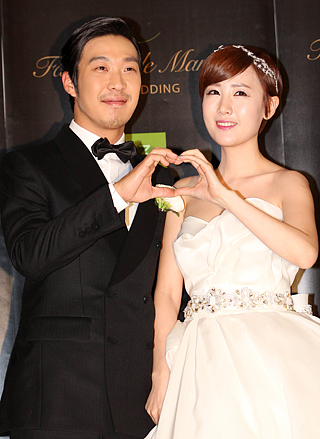 Having tied the knot in November of 2012, the couple gave birth to their first son, Deu-rim, in July of the following year. The newborn son has yet to be named.

A source close to the family said, “The mother and son are both healthy.”

Haha and Byul are known as celebrity lovebirds by fans. The two singers met as colleagues, and a relationship soon followed. They are seen as very close friends, and often encourage each other, as they work in the same industry.

Haha is one of the best known entertainers in and out of Korea. Although he started off as a singer, he is now best known as a television personality, most notably as one of the seven members of Korea’s favorite variety show, “Infinite Challenge.”

Byul is a South Korean singer. She has five albums to date, along with numerous singles.