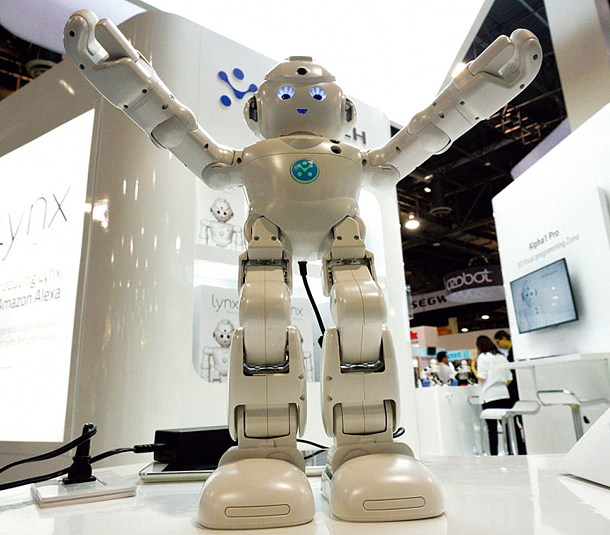 But it seems as likely that we will look back and say it was much ado about nothing. Who are the main agents of the fourth industrial revolution? No doubt an industrial revolution should be driven by businesses. On March 22, the Minister of Strategy and Finance held the Fourth Industrial Revolution Strategy Meeting. The choice of venue was perfect, as it was held at the research center of Hyundai Wia, an automobile parts manufacturer in Uiwang, Gyeonggi.

Executives of Samsung, Hyundai and LG were nowhere to be found, despite their contributions to the economy. The Fourth Industrial Revolution Financial Sector TF meeting, presided over by the vice chairman of the Financial Services Commission, was not much different. The only attendee who was a “revolutionary” was a manager-level executive at a financial holding company.

While it is generally known that the fourth industrial revolution started in the Davos Forum, it actually began in Germany. The origin was the German government’s technology policy, “Industry 4.0,” which began in 2011. German companies that had been the engine of the European economy were overwhelmed by American IT companies such as Google and Amazon. The leaders of notable German research institutes such as Max Planck and Fraunhofer claimed researchers wanted to leave Germany. We’ve heard such laments in Korea.

While the German government prepared the foundation, the driving force of Industry 4.0 was not the government but auto parts manufacturer Bosch and the German Academy of Science and Engineering, and participating research institutes and major German companies such as BMW, Siemens, Deutsche Telekom, Daimler and SAP.

Lianghui, the annual meeting of the National People’s Congress, is the biggest political event in China, and attendees include star entrepreneurs. At this year’s meeting, which ended on March 15, Baidu chairman Li Yanhong and Xiaomi chairman Lei Jun discussed China’s fourth industrial revolution strategies. The chairmen and executives of Korean conglomerates appear at prosecutor’s offices and get called in to discuss future strategy.