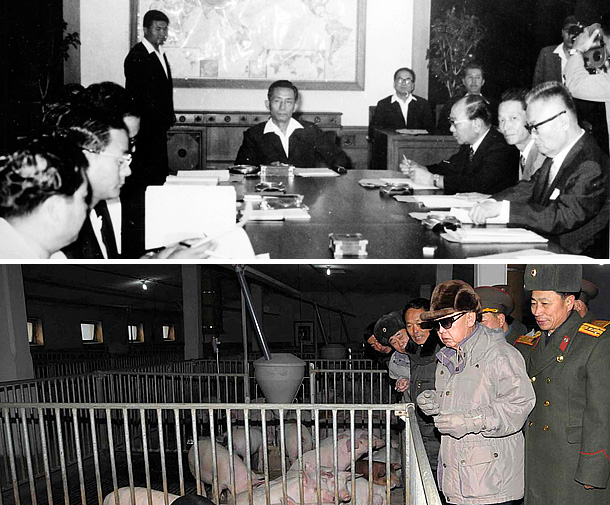 A common misconception that needs to be corrected is that South Korea’s per capita national income surpassed that of North Korea in 1974. Socialist states often exaggerate statistics. A group of South Korean scholars analyzed the statistical bubbles and re-estimated North Korea’s growth rate, and South Korea was already better off than North Korea by 1968.

The most crucial factor that distinguished the fates of the South and the North in 1968 was leadership. Korea chose a market economy, but the system was not working well in the underdeveloped country. Property rights were not protected, and deals were not made because of a lack of trust. Businesses did not have sufficient information. Corruption was serious, and corporate uncertainty too great. Since markets could not resolve these issues, political leadership had to supplement the void.

Park Chung Hee kindled the fire of the market system through the Export Promotion Meeting. The meeting first convened in 1962, and from 1965, it was renamed Export Promotion and Expansion Meeting, with the president personally presiding over the monthly gathering. Park missed only five of the 152 meetings until 1979. The meeting was a one-stop policy conference resolving challenges of exporters. The government listened to businesses when making policies, and if necessary, the president directly resolved issues at the meeting.

The Export Promotion and Expansion Meeting shows that Korea grew based on openness and efficiency. While seeking growth through export, Korea removed obstacles in the most efficient way possible at the time. Korea was short of funding, so the foreign currency earned through export was reinvested to make more products to export. The economy rapidly grew. Businesses that attained their export goals were given awards and benefits, and officials were promoted. Meritocracy was working well.

North Korea’s Kim Il Sung chose field guidance, which became routine from the late 1950s. Kim personally visited companies and agencies to give orders. His guidance affected not only corporate operation principles but also detailed production systems. While field guidance was supposed to break bureaucracy and address problems directly, the most important purpose was idolization. The companies that Kim visited received raw material or cash, and the authorities claimed that the company’s production increased thanks to the great guidance of the leader.

North Korea’s Kim family has always been busy with field guidance. Kim offered field guidance every other day, visiting an average of 420 companies and agencies a year. His son, Kim Jong-il, also focused on field guidance. According to the Korean Central News Agency, Kim Jong-il travelled a total distance equal to going around the earth 11 times in field guidance until 2002, including the visits when he accompanied his father.

According to the North’s official statement, Kim Jong-il died from overwork. Kim Jong-un is making more field visits than his father. But it is pure comedy for the leader of a country to go around telling fisheries to catch more fish or pointing out that eyeliners smudge easily.

Field guidance illustrates the closed system of North Korea operating under a single leader. The system is not based on merits but on loyalty. It is an inefficient system that wastes resources for pretentious idol-making. Field guidance is unrelated to economic growth. Statistical analysis shows no correlation between the industries that received more field guidance and growth. It is only natural that such a country fails to develop.

But the problem is that our governance increasingly resembles North Korea’s. Former president Park Geun-hye operated state affairs only by employing those who follow her will and remain faithful without considering competency. As a result, she destroyed the meritocracy that her father had established. Former administrations were also criticized for promoting officials based on loyalty and relationships. Past presidents were more interested in finding the most loyal aides rather than the best experts. Korea has regressed in meritocracy, openness and efficiency.