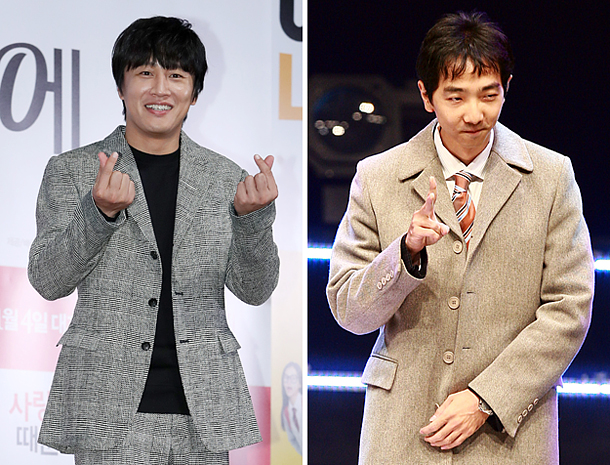 The two will be co-directing the upcoming KBS drama “The Best Shot,” which is causing a stir as the two have never directed a drama. Cha is a full-time actor with no experience behind the camera, and Yoo only has experience with television reality shows.

Yoo said, “It was an unexpected mission for me but it was getting too big for my abilities. I needed someone who knew how the field worked. I couldn’t think of anyone else but Cha.”

Cha added, “I pondered a lot [after receiving the request to co-direct the drama]. I believe we could have great synergy, and I accepted. I know how the field works, and Yoo knows how directing and editing works. I believe we can make this work.”

Yoo and Cha formerly worked together in reality TV show “2 Days & 1 Night,” where the two successfully revived the show after the show received low viewer ratings in the previous season.