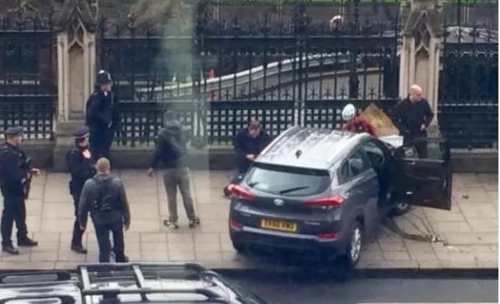 Five South Korean tourists were injured, one of them seriously, in Wednesday's terror attack in London, a tour agency official said.

"Four South Korean tourists sustained light injuries and another serious injury," said the official, identified by his surname Han. "They are now being treated at two hospitals."

At least four were killed and 20 others injured in the terror attack in which the suspect drove a car into pedestrians and stabbed a police officer near the Houses of Parliament. London police have declared it as a terrorist attack.

The South Korean tourist with a serious injury was identified as a 67-year-old woman surnamed Park.

She was receiving surgery at London's St Mary's Hospital after suffering a head injury when she was shoved by people trying to flee the scene and fell, according to officials at South Korea's Embassy in London.

She arrived in London a day earlier together with her husband and was scheduled to leave for Paris later Wednesday, officials said.