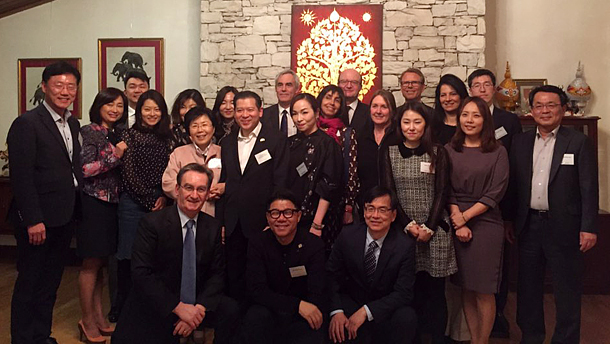 Thailand Ambassador to Korea Sarun Charoensuwan and his wife, Weeree Thitipoonya, fifth and sixth from left, stand with participants of the Korea CQ Program of the Corea Image Communication Institute at the ambassador’s residence in central Seoul on Thursday, including the Korea JoongAng Daily’s Executive Editor Ryu Kwon-ha, far left, to hear from architect and musician Yang Jin-seok, front center. [ESTHER CHUNG]