Mind the Sword of Damocles

Mind the Sword of Damocles 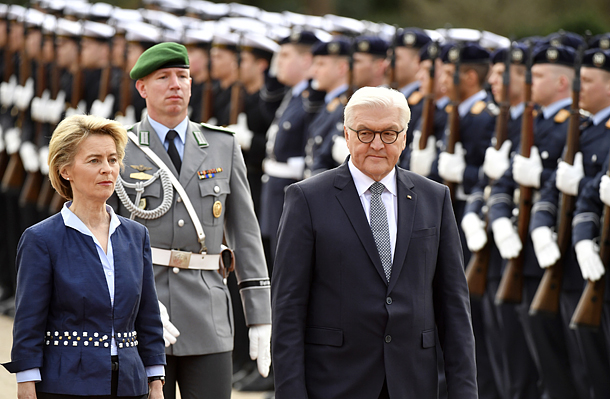 The impeachment of former President Park Geun-hye reminds one of the tale of Damocles’ sword. Damocles was a sycophant in the court of Dionysius, who ruled over Syracuse, a Greek city in southern Italy in the 4th century. Damocles groveled at the foot of the king’s power and possessions, and the monarch one day invited him to have a taste of the Dionysian life.

He was seated in a golden couch in a magnificent room with a feast of exquisite food. Then Damocles noted a glittering sword hanging from the ceiling by a single horsehair directly over his head. This was meant to remind him of the ever-present danger that accompanied great power. Damocles pleaded to be sent back to his old humble life.

Yet a multitude of politicians are fiercely bidding for the crown seat in the current presidential race. Many point out that the fundamental weakness of the Korean presidential system is that the seat ensures the mighty authority to head the state, government, and the ruling party. Because of the overwhelming power, one is prone to slip. Almost all Korean presidents came to a poor ending through their own folly or their family members’ in the form of dismissal, assassination, impeachment or criminal prosecution, all because of the pitfalls of this presidential system.

The suggestion to hold a referendum asking voters if they agree to lessen presidential authority is gaining ground. If the Constitution needs to be amended, why not separate the roles of the state executive, cabinet head and ruling party leader? This is how the government is run in Germany, where foreign minister Frank-Walter Steinmeier was elected on Sunday as the nation’s 12th president since World War II.

This is largely a ceremonial title. Since World War II, Germany has been run on a parliamentary system of government in which the ruling party chief acts as the chancellor or de facto chief executive. The president represents the state while the chancellor is in charge of day-to-day state affairs. The role of the president is limited. He or she can veto treaties with foreign states or federal laws before they come to a vote if they are deemed to violate the constitution.

Still, the president has some important powers that enable him or her to stop the country from going to a war endorsed by parliament. The control function was established in order to prevent the country from repeating something like the Nazi regime, which, after all, was authored by a man who had been elected by the people.

There is also a reserve power against political instability that lets the president run political and state affairs in place of the chancellor in case the federal parliament disbands without electing a head of government. Germany has found itself in such a situation three times since the end of the war.

The third important power of the Germany presidential office involves the integrative role. Steinmeir is a member of the centre-left Social Democrats and was as the chief of staff to former Chancellor Gerhad Schroeder, but he was handpicked by Chancellor Angela Merkel as her foreign minister when his party became a junior member of coalition government that Merkel created after she came to power in 2005.

He made a good candidate to draw cooperation from both sides of parliament with his experience. He succeeds Joachim Gauck, a former Protestant pastor and political dissident in communist East Germany who worked hard to bring about unity in Germany. The German president steps in to mediate at times of disunity and conflict.

Coming back to our own problems, first of all, in Korea there is no other way but impeachment to contain an over-mighty president. There is no reserve power to run state and political affairs in emergency times of void or unrest. The president served to represent a certain political power rather than the people. All these problems and weaknesses were exposed during Park’s impeachment. Yet politicians and candidates neglect the fundamental problems and are engrossed with getting elected and seizing power.

We will see this poor tradition recur if the president is elected for a five-year term under the current constitutional system.

The elected president would be perfectly happy with the establishment, but the people are not. Without a dramatic system change, there is no guarantee that the next president won’t go down the same ill-fated path of his or her predecessors. The removal of a narrow-minded and domineering power could bring about another one with a different face. Whoever wins, he or she could also face impeachment. That would be a tragedy for the country and the people.