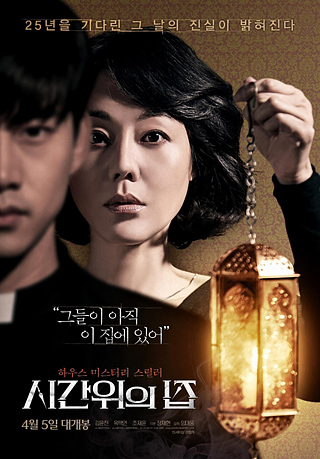 The distribution rights for “House of the Disappeared” were sold to seven countries - Japan, Taiwan, the Philippines, Vietnam, Singapore, Malaysia and Brunei - at the film market, also known as Filmart, the Peppermint&Company Co. said.

Starring Korean-American actress Kim Yoon-jin and singer-actor Ok Taecyeon from K-pop boy band 2PM, the film is set to open in Korea on April 5. The mystery-thriller revolves around Mi-hee (Kim Yoon-jin) who returns home after serving 25 years in jail for killing her husband and son in their home.

Action flick “Midnight Runners” was also sold to six Asian regions - Japan, Taiwan, Hong Kong, the Philippines, Singapore and Malaysia - ahead of its local release later in the year.

The movie, featuring Park Seo-jun and Kang Ha-neul, follows two police academy students as they are embroiled in an abduction case that happens right before their eyes.

“One Step,” set to open on April 6, has already been sold to Hong Kong, Macao, the Philippines and Taiwan, even before its completion. Yonhap